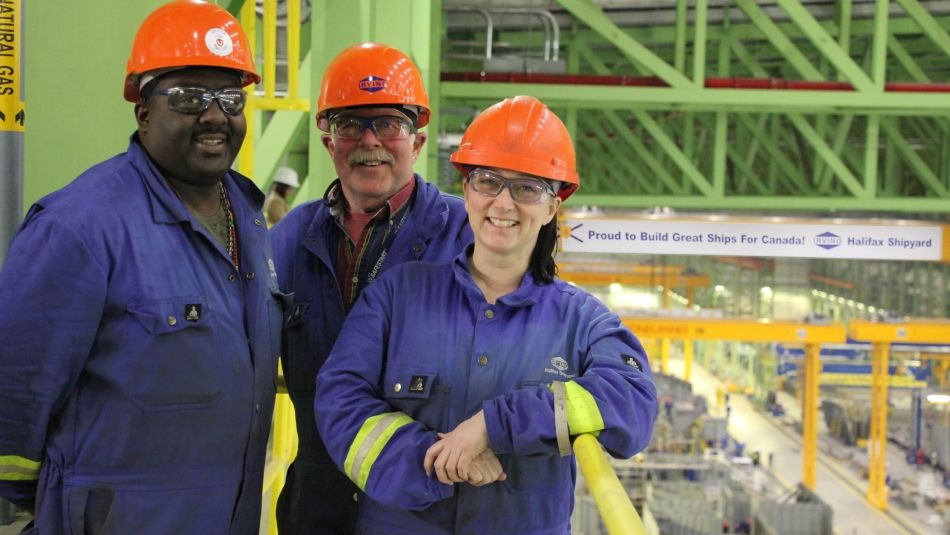 HALIFAX-The union representing workers at the Irving Shipyard has reached a tentative collective agreement covering more than 1,000 tradespeople building the next generation of Canada’s naval fleet.

“The members of MWF-Local 1 at the Halifax Shipyard are a dynamic, diverse, and skilled group of workers,” said Lana Payne, Unifor National President. “I congratulate the bargaining committee for their outstanding work in reaching a tentative agreement with Irving Shipbuilding.”

Details of the agreement will be announced following ratification meetings to be scheduled for mid-January.

“This was a difficult round of negotiations and I want to thank the bargaining committee for their perseverance,” said Unifor MWF-Local 1 President Shannon Sampson. “This contract will represent security for members of MWF-Local 1, but also for the city of Halifax and the province of Nova Scotia whose economies have benefitted greatly from the expanding workforce at the yard.”