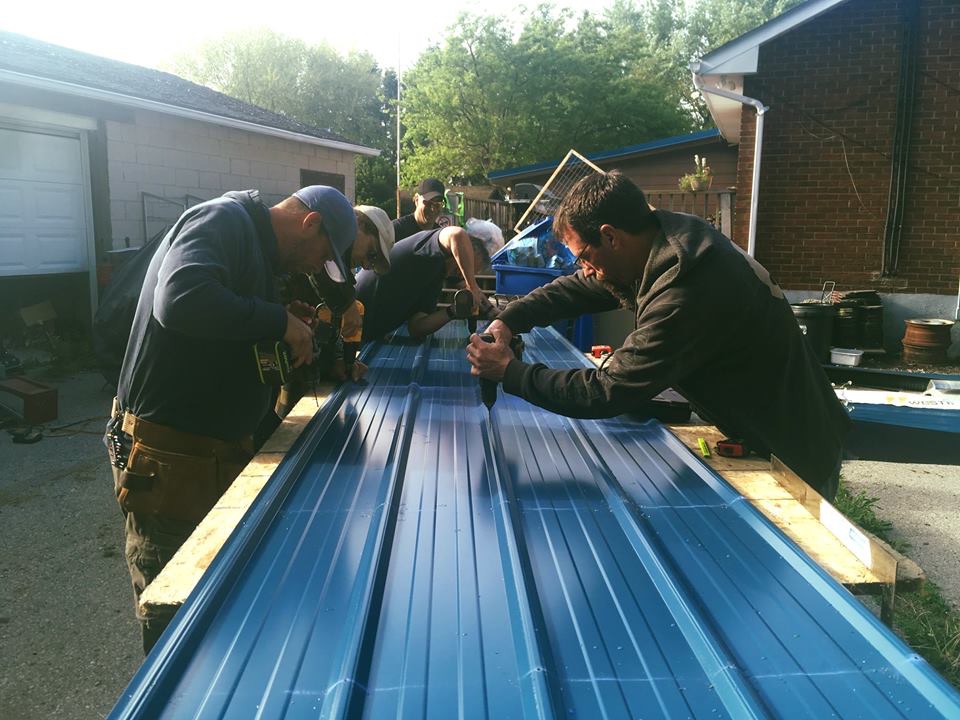 GODERICH—More than a dozen miners descended on a local property to lend their skilled labour to a couple who were struggling to finish the roofing on their house this weekend.

“I’m really proud of what Unifor members are doing in Goderich,” said Jerry Dias, Unifor National President. “Volunteering and giving back to the community is at the heart of what Unifor is.”

On June 1 Local 16-O member Ken Clement noticed that one of his neighbours seemed to be taking a long time to get a new roof installed. After offering a hand to the couple, he made a few calls. At 8 a.m. the next day, many of his fellow Unifor members got to work and finished the job in just four hours. Unifor members onsite included:

“Folks in this community look out for each other,” said Gary Lynch, President of Unifor Local 16-O. “We’ve received outstanding support from the community during our strike and it’s one of the key reasons that we’re going to be successful and get a fair deal so we can get back to work.”

Unifor Local 16-O has been on strike since April 26 to fight against a long list of concessions including reduced benefits, extended shift length, forced overtime, and weakened contracting-out provisions in the collective agreement.

In February 2018, Unifor says the employer tried to mislead laid off workers into accepting a severance package that would have cancelled recall rights.

Unifor 16-O represents 348 miners in production, shipping, and maintenance at the Compass Minerals mine in Goderich.