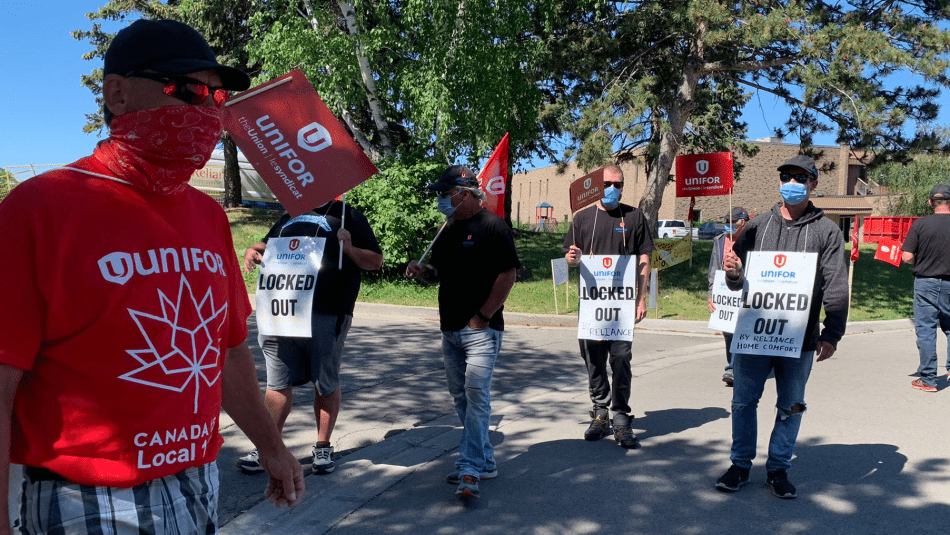 TORONTO—Members of Unifor Local 1999 have voted to ratify a new collective agreement that will end the 49-day lockout by Reliance Home Comfort of 830 members at 14 locations across Ontario.

"Reliance's workers are the reason this company is successful. Our members' contribution needed to be recognized in this new collective agreement," said Jerry Dias, Unifor National President.

The ratification ends the Ontario-wide boycott campaign launched by Unifor after the employer chose to use scabs to do the work of Local 1999 members.

The new collective agreement includes two new paid sick days, improvements to the extended health benefits cost sharing, and a 1% increase to the matching formula for the group RRSP.

"I'm proud of the solidarity and determination shown by Local 1999 members throughout the lockout," said James Tauvette, Local 1999 President. "Support from Unifor members across the country was pivotal to our success at the bargaining table."