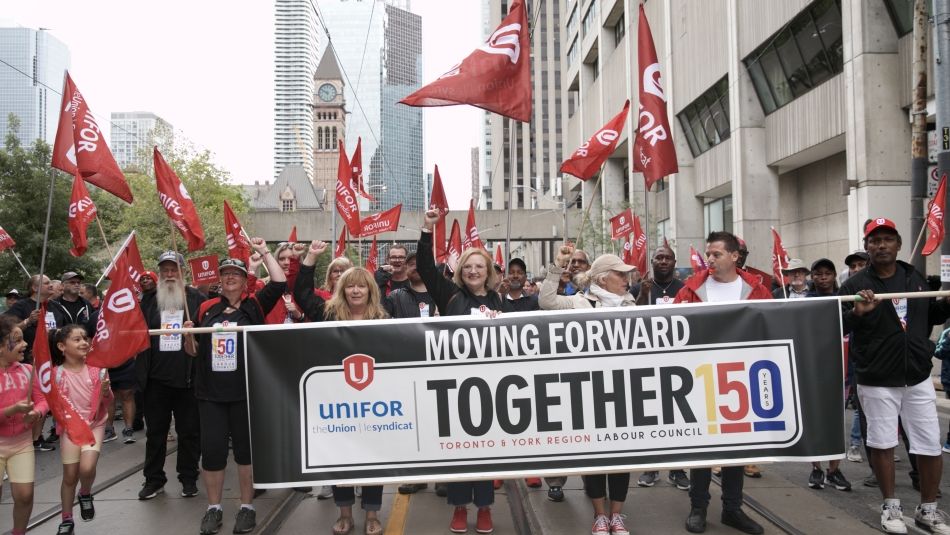 “Unifor is celebrating the fighting spirit that workers are courageously displaying across our union, across the country and all over the world,” said Unifor National President Lana Payne. “We work our entire lives as trade union activists for the kind of moment we find ourselves in right now. A moment where we can build worker power.”

At a Unifor rally in downtown Toronto, Payne told members there is a renewed militancy by workers as they join unions to fight back against corporate greed, precarious employment and the affordability crisis.

Payne was elected Unifor National President at the union’s Constitutional Convention in August 2022.

Unilateral media interviews with Lana Payne can be booked by contacting Kathleen O’Keefe at @email or at 416-896-3303.