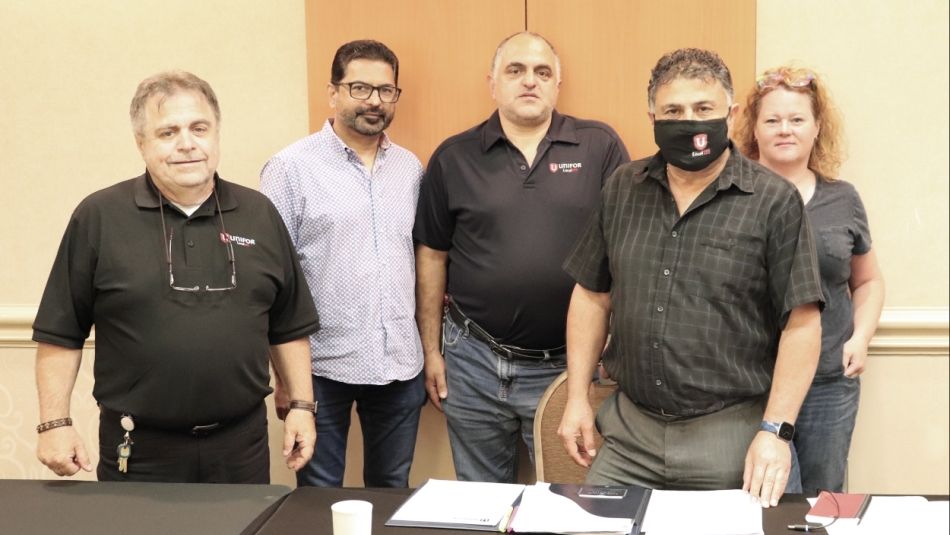 “We are so proud of our bargaining committee and their perseverance to bargain under a very difficult time with a strict timeline, our agreement was set to expire on June 25, 2021,” said Emile Nabbout, President, Unifor Local 195. “We want to thank the members for their ongoing support and solidarity and for giving us a 99% strike mandate.”

The strike deadline was extended and the union was able to negotiate important gains such as a $2750 performance bonus, a wage increase of 6.9% across the board for the life of the three-year agreement, a Christmas bonus of $470 net in each year, a defined pension increase of $1.70, bringing contributions to $43.20 at the end of the agreement.

For employees hired after 2013, the define contribution will be at $2.26 per hour by the end of the agreement, for all compensated hours. Gains were also made with increases in health & welfare, vision, eye exams and orthodontics coverage.

The apprenticeship program will also be enhanced with progressive wages starting at 80% of the trade’s wage. The committee also bargained a retirement incentive plan with a $25,000 lump sum payment, new equity language that strengthened training hours for the women’s advocate.

“Despite very tough economic conditions and public health restrictions, our bargaining committee negotiated a very strong agreement, with gains made in every area of the collective agreement,” said Nabbout. “This past week wasn’t easy and I am grateful that the outcome secures jobs and the future for this company remains bright as we are committed to maintain a strong relationship with this employer and keep investment in this facility."

Nabbout extends special thanks to the bargaining committee members for their hard work, including Dany Tannous, Sabu Kottoor, Bonnie Machacek, Sarkis Gaspar along with National Representative Mike Renaud and the local’s solidarity committee.