Unifor Local 112 and 673 talk about the De Havilland strike 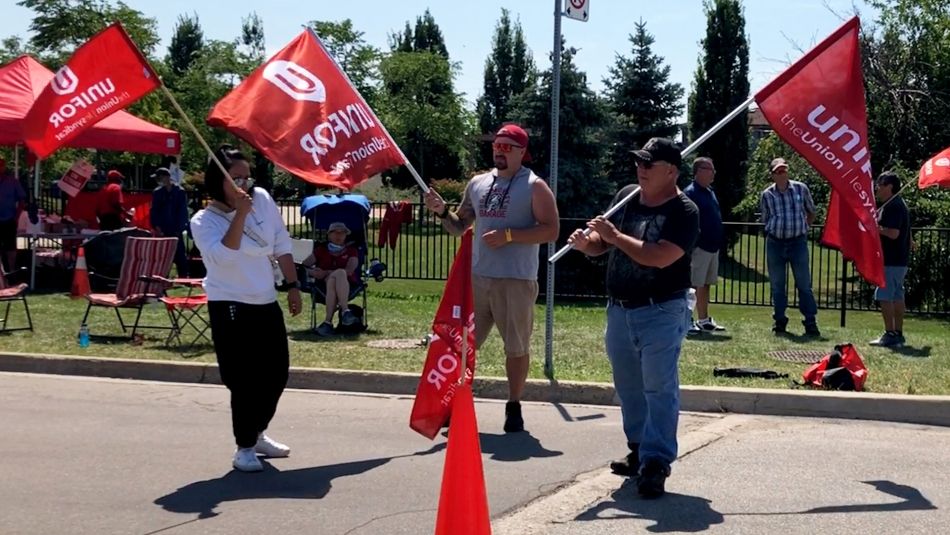 More than 700 De Havilland workers at the Downsview plant in Toronto remain on strike after negotiations with the company failed to reach a settlement.

In the union’s latest news release, Unifor outlined the obligations De Havilland and its owner, Longview Aviation Capital, has to maintain jobs in the region. Prior to the strike, the Downsview plant was sold by its owners, Bombardier Aviation, and commitments were made to maintain De Havilland jobs with the federal and provincial governments.

Unifor National President Jerry Dias noted that Longview’s multi-billionaire owner Sherry Brydson is also obligated to maintain De Havilland workers’ jobs stating, “no one, not even a billionaire heiress from the Thomson family, has the right to violate the commitments made to Downsview workers.”

Unifor members spoke on the picket line expressing concerns over the future of the Dash 8/Q400 program and the necessity of going on strike to keep good aerospace jobs where they belong. Watch the video below.