Unifor hosts ‘Get Canada Back on Track’ webinar supporting VIA Rail 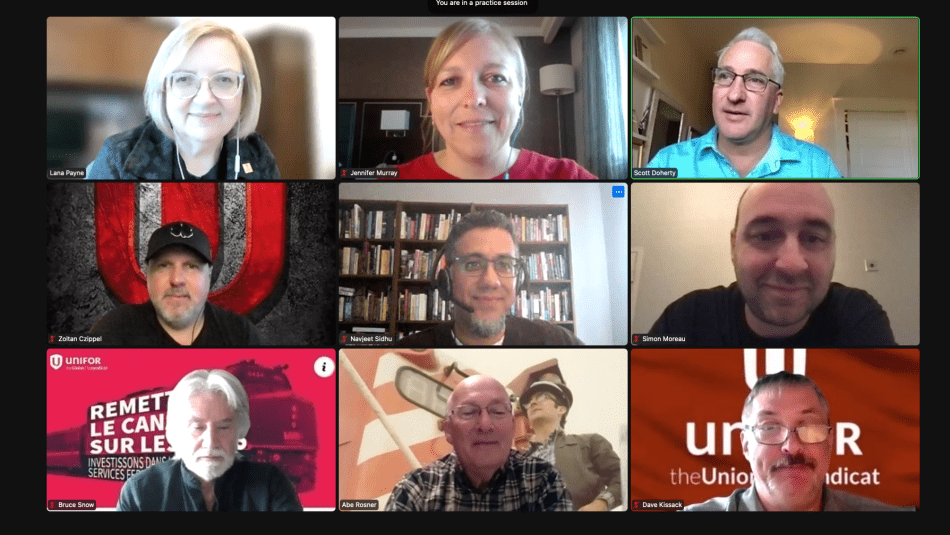 Unifor members from across the country tuned in on June 7, 2022 to the union’s webinar about the history of VIA Rail, current challenges facing Unifor rail members and the union’s plan to fight privatization.

Jennifer Murray, Rail Representative on the National Executive Board, led the conversation, while National Secretary-Treasurer Lana Payne and Scott Doherty, Executive Assistant to the National President, engaged the audience with ways Unifor is supporting rail members.

The audience heard from Abe Rosner, a retired Unifor member who described successes and challenges from past rail campaigns and Unifor researcher Navjeet Sidhu on the federal government’s current plans to privatize the only profitable section of VIA Rail’s network.

Rosner detailed the bargaining campaign of the late 1990s that advanced the pension plan of VIA Rail workers and emphasized that for the “Get Canada Back on Track” campaign to be successful, the union must get activists, community groups and the broader public on board.

During an audience Q&A, the group discussed engagement strategies to promote the campaign.

To support the rail campaign, head to: unifor.backontrack.org.