“Unifor members are proud to contribute to an important dialogue about energy independence in the Araucanía region of Chile,” said Jerry Dias, Unifor National President. 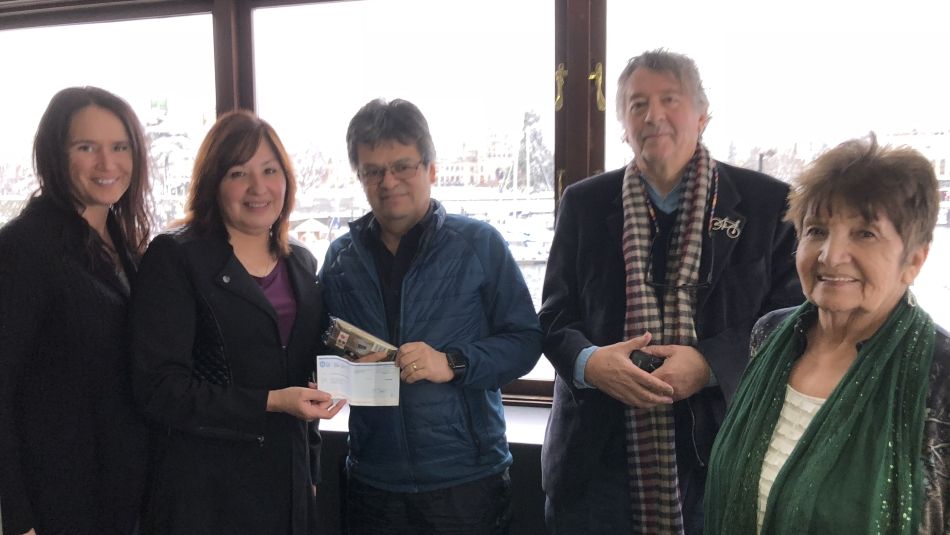 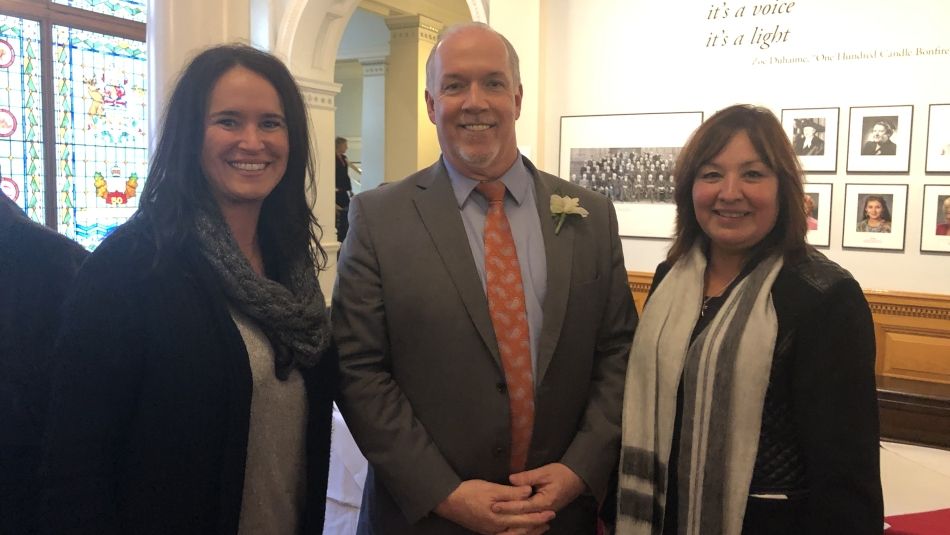 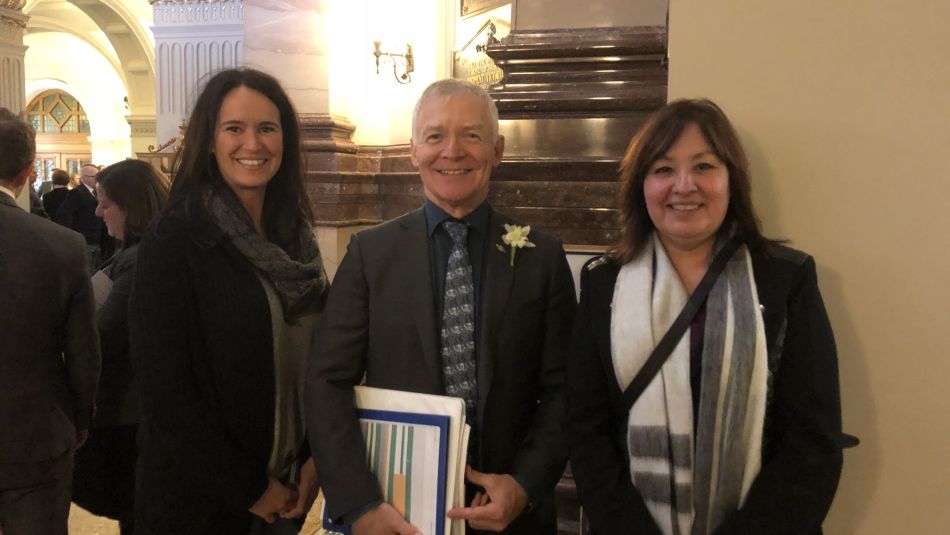 “The T’Sou-ke Nation has much expertise to share about sustainable energy and economic independence,” said Gina Smoke, Unifor Indigenous Liaison. “We are thrilled to have the Unifor Social Justice Fund support this initiative.”

“Indigenous communities globally are likely to be the most affected by climate change because of their traditionally close connection to the land and sea. This much-appreciated financial support from Unifor will help us to share knowledge with the Mapuche people in Chile and build resilience through energy independence, training, jobs and important social justice programs like these,” said Chief Gordon Planes of the T’Sou-ke Nation.

Unifor is dedicated to improving the lives of workers and their families in Canada and around the world. One way we express that commitment is through our Social Justice Fund.

Learn more about the Fund here. 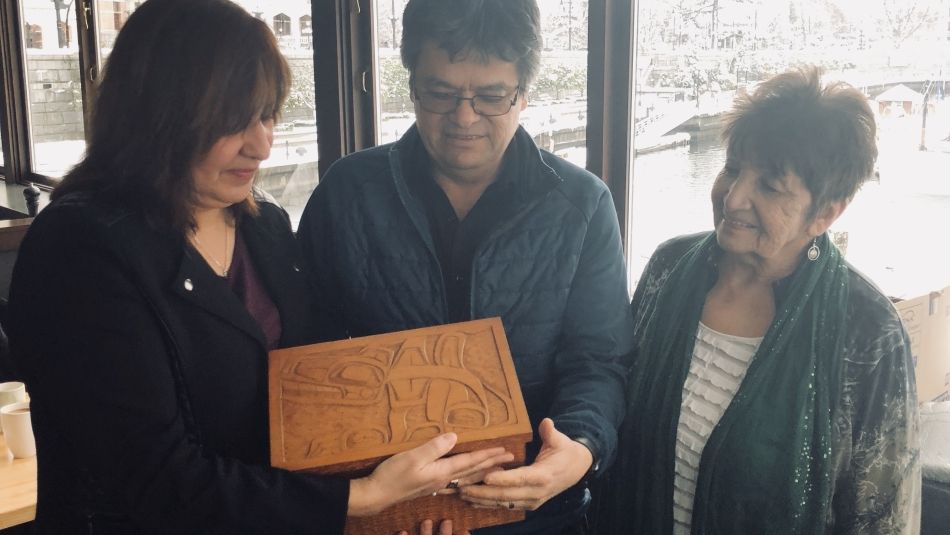 Leanne and Gina receive a gift from Chief Planes in thanks for the SJF’s project support.