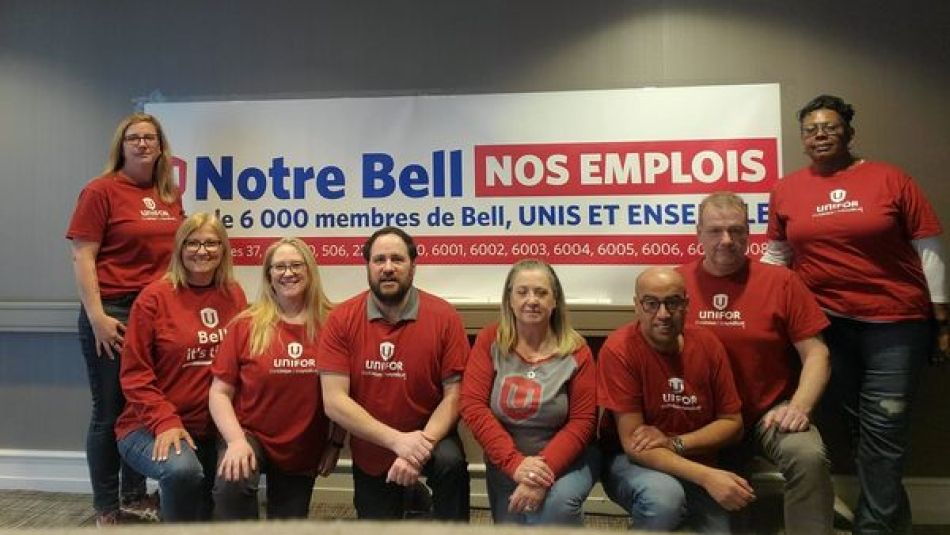 TORONTO—Unifor filed an Unfair Labour Practice complaint with the Canada Industrial Relations Board (CIRB) and alerted the federal government to Bell’s repeated attempts to undermine workers’ bargaining power with requests for scab labour.

“Bell clerical members across Ontario and Quebec are united in their demand for better working conditions and job security. The company should work with us to negotiate a fair deal for the times, rather than employing inflammatory, union-busting tactics,” said Lana Payne, Unifor National Secretary-Treasurer. “Canada’s workers need a federal anti-scab law now so big businesses like Bell cannot keep diminishing workers’ power.”

In two separate emails to all Clerical staff in the past week, Bell’s senior management made requests of staff to work during a potential upcoming labour dispute. The union filed a complaint with the CIRB on Tuesday July 26, 2022 and notified the federal Labour Minister about this escalation in a letter.

“It’s no surprise that Bell adopted these hostile tactics in the midst of a cooling off period after decades of aggressive job erosion and outsourcing. These tactics show how worried Bell management is that workers are finally ready to say enough is enough. Workers still want to negotiate, and Bell can’t break us,” said Daniel Cloutier, Unifor Quebec Director.

Workers are seeking a fair pay increase, continued work-from-home conditions, and an enforceable floor of employment in the bargaining unit. Some clerical members spoke out about bargaining issues in videos released ahead of the strike vote.

On June 21, 2022, Bell Clerical members voted in favour of strike action. Approximately 4,200 workers in the clerical bargaining unit perform clerical and other duties, and live and work across Ontario and Quebec.

The union has repeatedly criticized Bell for engaging in concerted efforts to downsize the bargaining unit through attrition, contracting out, automation and other forms of erosion.

For media inquiries or to arrange interviews via Facetime, Zoom, or Skype please contact Unifor Communications Representative Sarah McCue at @email or 416-458-3307 (cell).