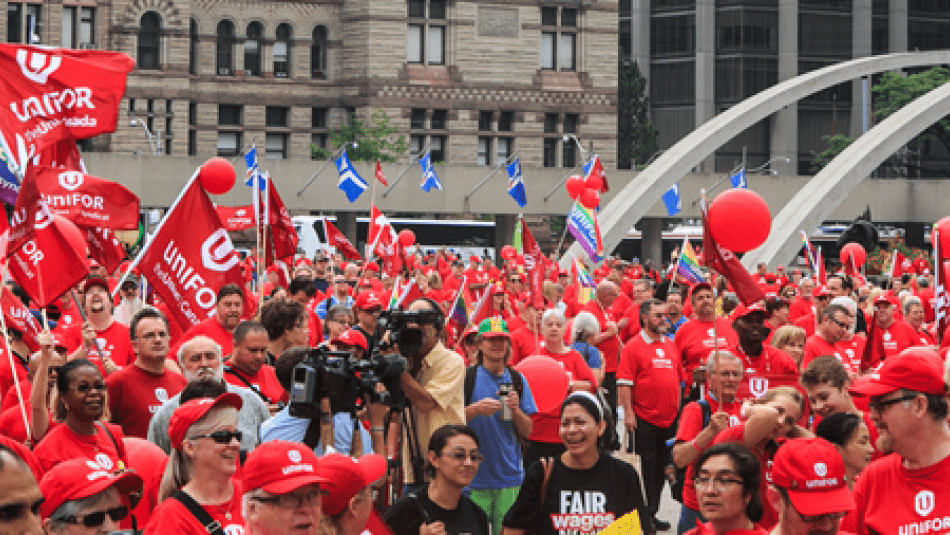 It is appropriate that on the Saturday of Labour Day weekend, thousands of union activists from across Canada approved the formation of Unifor, a union for all Canadians.

There were so many on hand to witness the historic event – more than 4,000 in all – that a spill over room had to be found at the last minute to accommodate everyone.

The delegates voted almost 96% in favour of the new constitution, which creates the foundation for Unifor, a new national union that represents 300,000 working Canadians.

When the vote result was announced the members leapt to their feet and the hall erupted into cheers of “Unifor! Unifor!” Former CAW president Ken Lewenza thanked the delegates for their vision to change.

Those delegates were, on Friday, members of their respective unions – the CAW and the CEP. At special conventions for each union on Friday the members approved a merger into Unifor.

On Sunday, everyone who signed an application was given a bright red founding member Unifor card. Within minutes, the union’s first members were signing their union cards and posting online pictures of themselves signing them.