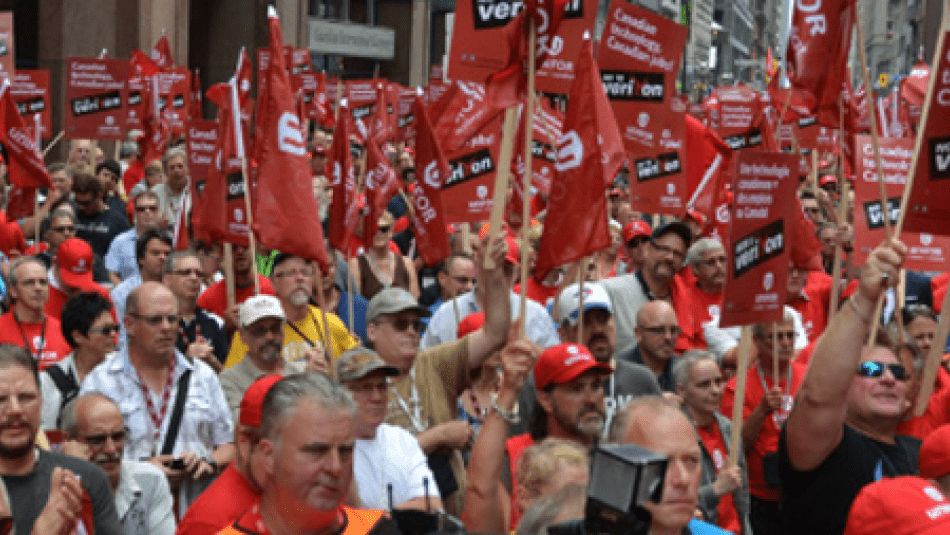 Newly-formed Canadian union Unifor is applauding the sudden about-face by U.S.-based Verizon Telecommunications in deciding not to enter the Canadian wireless market.

Unifor National President Jerry Dias said that the change of heart by Verizon is likely due to the resistance to the Verizon bid here in Canada by unions, business and privacy advocates.

“I don’t think Verizon or the government anticipated this level of opposition to the possible spectrum bid, but we’ve been able to send a clear message,” said Dias. “Canadians have a right to their say in these important decisions.”

“The Prime Minister’s dedication to deregulation and a total free market economy must never come at the expense of Canadian jobs, culture or national security,” said Dias.

Dias also cautioned that any new entrant looking to unfairly piggyback on technology built by and for Canadians without a firm commitment to jobs will meet even more resistance than Verizon did. "As Unifor, we will double our efforts against the next new entrant that treats Canada like a discount bin."

Dias suggested that even though Unifor is pleased with the outcome, the issue is about more than just Verizon. “It’s about a glaring lack of industrial strategy for our national telecommunications – the crucial infrastructure that connects us across the country,” said Dias.

“In an era of increasing emphasis on technology and communications, it’s critical that the federal government develops a clear and comprehensive telecommunications industrial strategy – so that Canadians are never second-guessing the rationale or outcome.”

Dias said that the strategy should be developed with the input of all stakeholders – government, business and labour.

Dias pledged that the union would continue pressing for a clear and comprehensive telecommunications strategy that takes into account Canadian workers and consumers, better regulation to protect consumers and allocation of some spectrum for public interest uses.

Thousands of Unifor members rallied in Toronto on Friday, August 30 to call for a stop to the Verizon bid and the preservation of Canadian jobs.

Unifor represents more than 300,000 members in 20 different economic sectors – including more than 35,000 telecommunications workers. Unifor was founded on August 31, 2013 with the joining together of the Canadian Auto Workers union (CAW) and the Communications, Energy and Paperworkers union (CEP).