Sunlime Canada gets $10,000 support from Unifor to participate in this year’s Toronto Caribbean Carnival 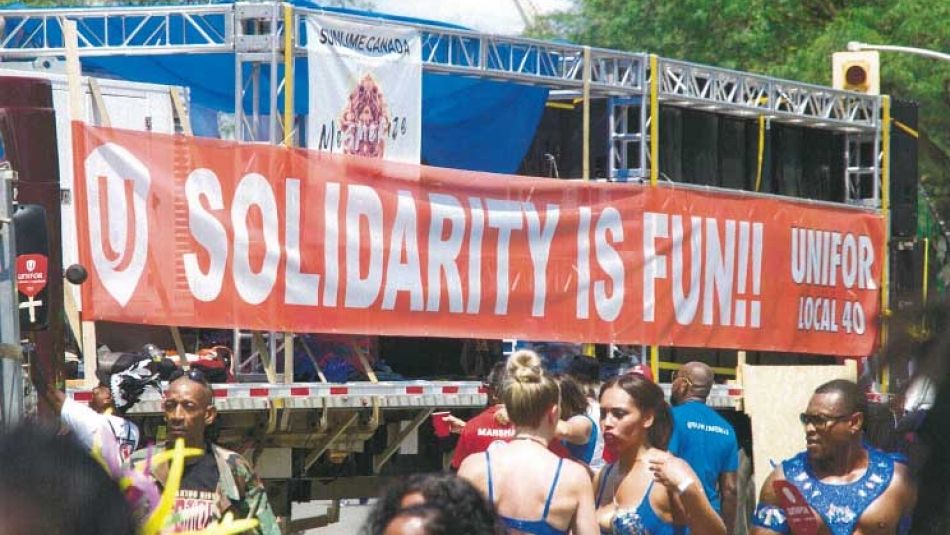 Get ready to jump up and wave this summer.

The Toronto Caribbean Carnival is the largest event of its type in North America, attracting over two million people annually and Unifor is a proud participant.

Over the past six years, Unifor alongside the Executive of Local 40, has organized a mas band contingent to represent the union in the Grand Parade.

In past parades, the union has teamed with Sunlime Canada to design floats for the parade and create Canadian made costumes offered to members at cost.

After two years of missing the parade because of COVID-19, communities are gathering with the spirit of solidarity and celebration this year with Unifor’s presence – in the union’s signature red and white colours – appreciated by organizers and attendees.

This year’s Grand Parade will take place on Saturday, July 30, 2022, inside the Exhibition Place from 8:30 a.m. and end later in the evening.

The Grand Parade is the final event of the four-week festival that celebrates Caribbean culture and traditions through music, cuisine and entertainment. It is an opportunity for all participants, referred to as masqueraders, in colourful, striking costumes, and steel pan bands to march along Toronto’s waterfront.

Unifor’s parade contingent will be wearing Unifor coloured costumes while marching and dancing alongside Unifor floats. To participate in the Unifor contingent members must purchase a costume and pre-register at www.sunlime.ca.

Members that are unable to participate in the parade can watch all of the day's festivities for free anywhere alongside Lake Shore Blvd. in downtown Toronto.

Unifor is proud to continue supporting our members as they participate, showcase, and highlight their rich Caribbean identity at this year’s Toronto Caribbean Carnival.