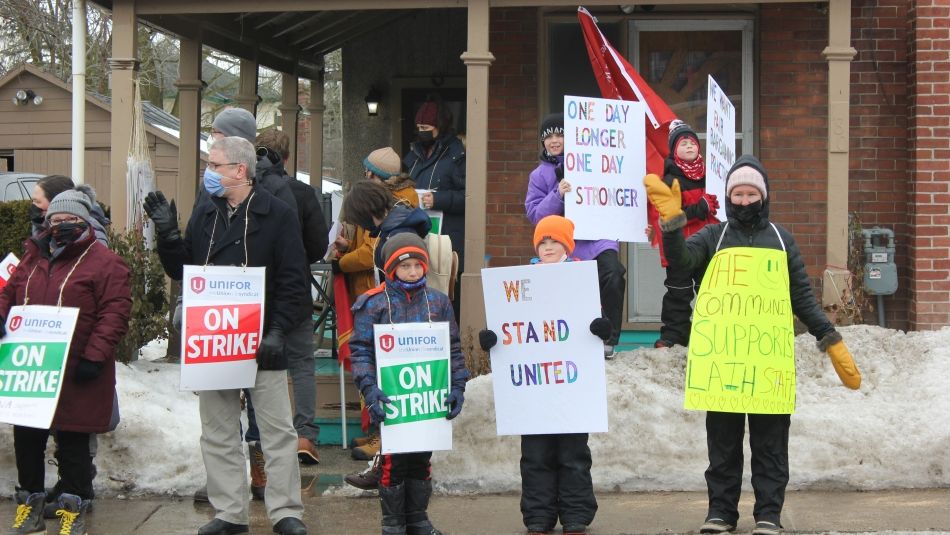 Napanee, ON – Unifor is outraged after members returned to work following a nearly 6-month long strike at Napanee’s Lennox and Addington Interval House, only to be wrongfully terminated.

“The women of LAIH went on strike to improve their working conditions and the services that they deliver. To be met with these unfair and unjustified terminations upon return to work is shameful behaviour from an employer that claims to espouse equity and justice,” said Katha Fortier, Unifor Assistant to the National President.

Instead of receiving schedules to start working again, more than half of the Unifor Local 414 bargaining unit members at LAIH have already been terminated from their jobs at the shelter.

The shelter’s Executive Director called for disciplinary meetings and immediately terminated the now six full time shelter staff who were seeking to return to work. Unifor Local 414 filed grievances on every single termination, and the union intends to challenge these terminations through all available avenues as quickly as possible.

“Workers have a right in Ontario to join a union, to bargain, and to fight for their rights, and LAIH management is denying workers of those rights with these unfair terminations,” said Gord Currie, Unifor Local 414 President. “Members wanted to return to work and continue supporting survivors of violence in the community, but clearly management’s only goal was to bust their union.”

Unpredictable and unfair terminations, and fair union representation in disciplinary processes were one of the main priorities in the recently concluded negotiations, which had dragged on for more than a year.

LAIH is a shelter that serves women and children escaping domestic violence.

For media inquiries or to arrange an interview please contact Unifor Communications Representative Sarah McCue at @email or 416-458-3307.