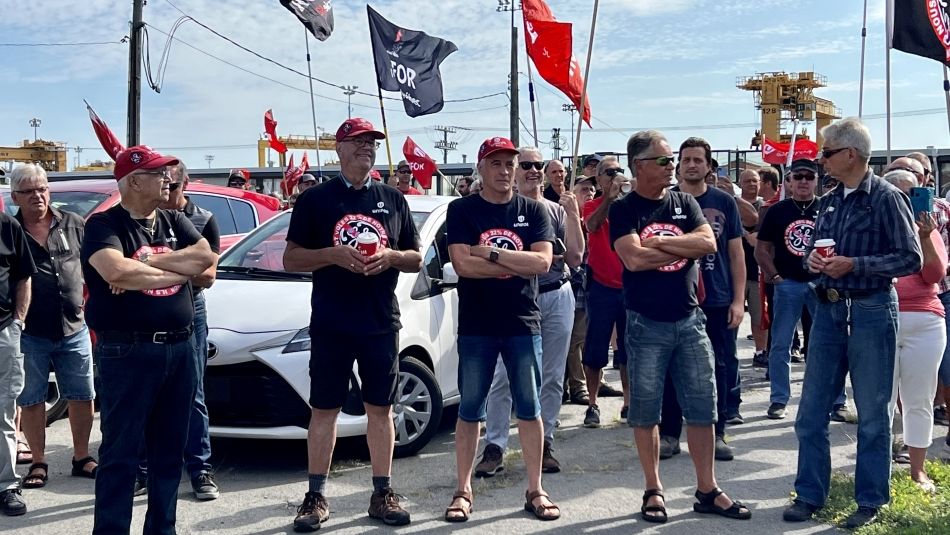 MABE retirees, or MABE scorned as they like to be called, gathered in front of the former MABE plant in Montreal on August 25 to mark the sad anniversary of their former employer's bankruptcy. Locals from the greater Montreal area also joined to show them that they are not alone in their fight and that their Unifor family is behind them.

Retirees and active employees lost the equivalent of 22% of their pension as well as the protection of group insurance and life insurance due to the bankruptcy in August 2014.

Since that date, the retirees group has been leading the fight, supported by their former union Unifor in various appeals. In December 2020, the retirees also won an important victory when the Supreme Court refused to hear an appeal from the MABE company, which was trying to oppose the appeal.

A boycott campaign against GE, Hotpoint, McLary and Moffat appliances is still in effect. Added to the boycott list is HAEIR, a Chinese giant in this sector, which acquired a significant part of the GE company. The public is invited to follow the ongoing boycott campaign: