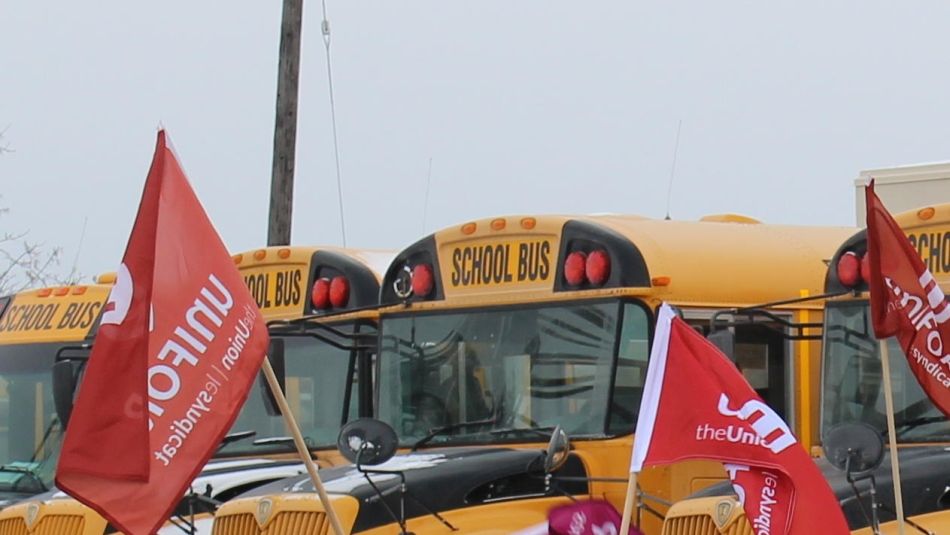 School bus drivers with First Student Cornwall, members of Unifor Local 4266, have ratified a new collective agreement that boosts their pay for charter by 10%, plus annual increases in regular pay and other improvements.

“Driving a school bus has always been a challenge, and the pandemic has only added to that. This collective agreement shows that having a union can help make the job better and safer,” said Unifor National President Jerry Dias.

Under the new collective agreement, charter rates were increased to driver rate, retroactive to July 1 and representing an immediate 10% increase for charter work. All drivers are eligible to do this work. General wage increases of 1.5%, 2% and 2% were also negotiated for all members, also retroactive to July 1.