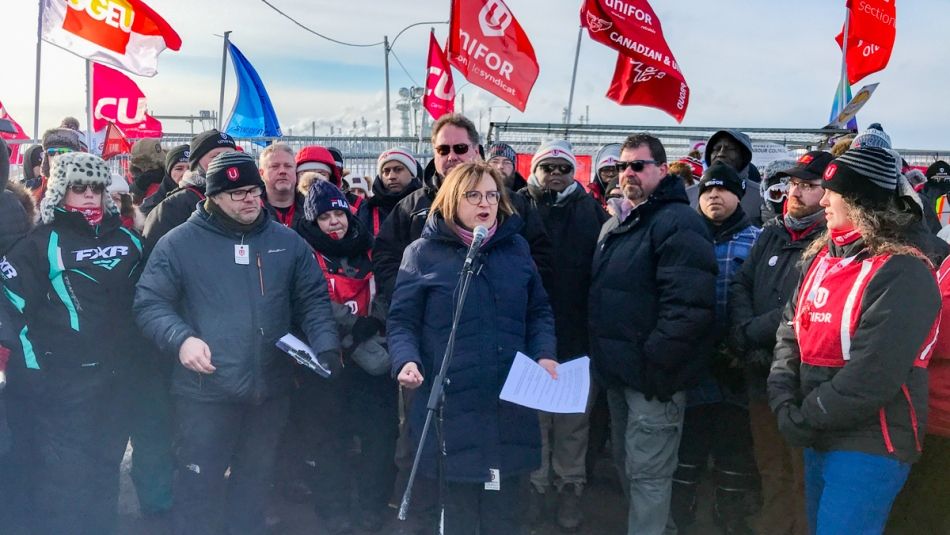 REGINA—A Labour Relations Board ruling says evidence showing Co-op Refinery acted in bad faith was “too voluminous to spell out in detail”.

“Nobody is surprised by this ruling. Time and again during the lock-out the Co-op management acted without integrity and in bad faith,” said Lana Payne, Unifor National President.

Unifor Local 594 members at the Regina refinery were locked out by Co-op between December 2019 and June 2020. One of the core matters in the dispute was the elimination of the Master Operator (MO) position, which refinery workers viewed as a critical position to maintain a safe workplace. The company promised in writing to keep the Master Operator role in the final agreement that ended the lockout.

When Co-op management eliminated MOs in late 2021, Local 594 filed a grievance and an unfair labour practice complaint with the provincial labour board. In its unanimous finding against the company, the board said Co-op’s behaviour was “tantamount to misrepresentation.”

“The union’s goal is to ensure the highest safety standards in the refinery. Management does not always appear to share that goal,” said Nathan Kraemer, Unifor Local 594 president. “I invite Co-op to drop its aggressive stance on shrinking the refinery workforce and instead collaborate with Local 594 on health and safety.”