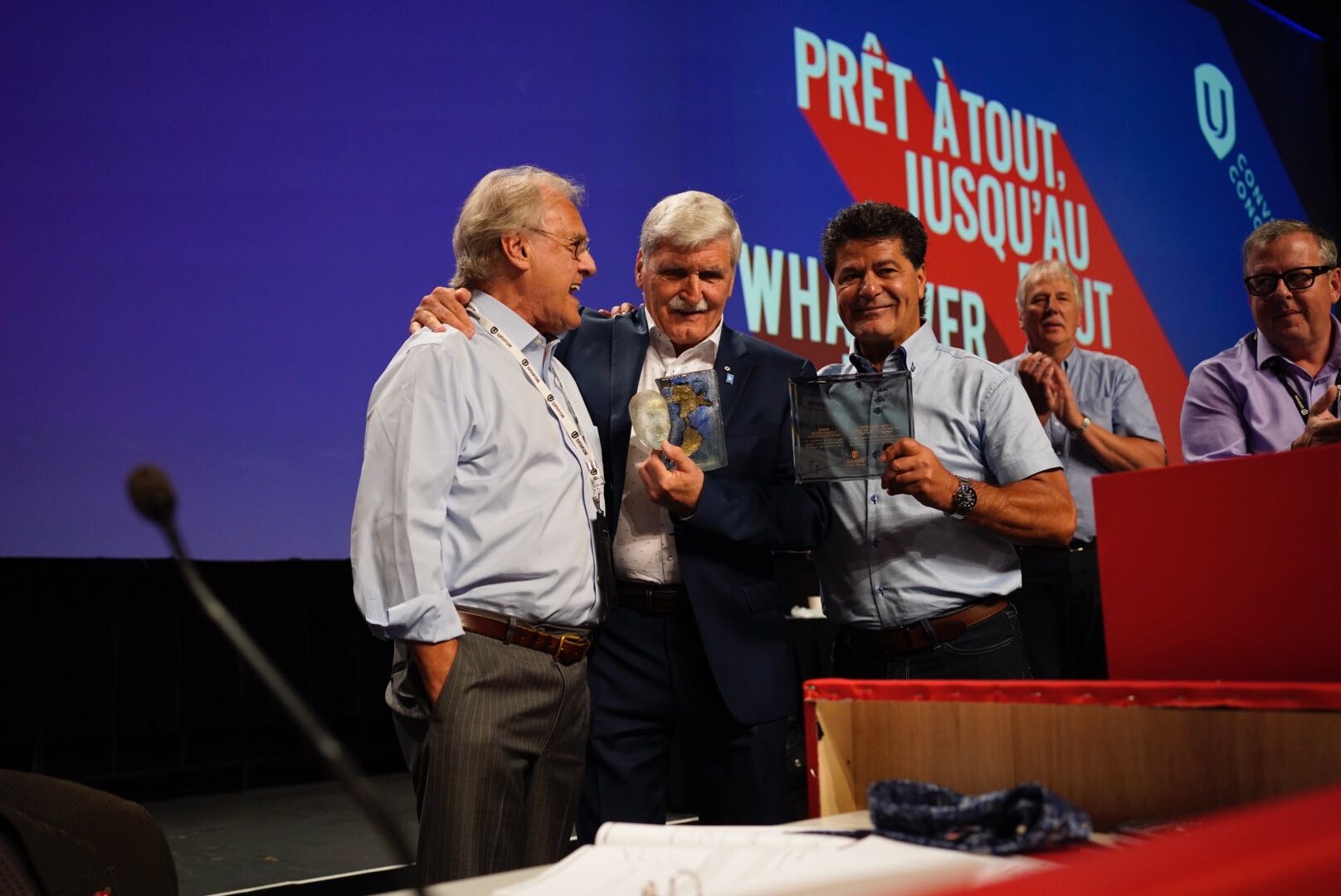 Retired Lieutenant-General Roméo Dallaire, whose warnings of a coming genocide in Rwanda went unanswered 25 years ago, is the 2019 recipient of the Unifor Nelson Mandela Award.

Dellaire was head of a United Nations mission in Rwanda in 1994. He repeatedly tried to warn the UN Security Council that action was needed in the weeks leading up to the genocide, but was denied permission to act.

In just under 100 days that year, more than 800,000 Rwandans were killed by the Rwandan military and Hutu militia. Most of those killed were Tutsis and moderate Hutus.

Dellaire wrote about his experiences in Rwanda in his 2003 book, Shake Hands with the Devil, and has spoken openly about his post-traumatic stress disorder, helping to bring the condition into the open.

“Twenty-five years ago yesterday, I came back from Rwanda. Well, my body came back, but part of the man I was is still there,” said Dellaire, as he called on delegates to support colleagues facing mental illness.

“Peer support within your organization is crucial to saving lives.”

Dellaire is also founder of the Roméo Dallaire Child Soldiers Initiative, which works to end the use of child soldiers. The organization receives funding from the Unifor Social Justice Fund.

“It is darn near supernatural the way General Dellaire has managed to corral the most recalcitrant, often bloody-minded governments and militias into preventing the use of child soldiers,” former Canadian Ambassador to the UN Stephen Lewis said as he introduced Dellaire.

Lewis called Dellaire a perfect recipient of the Nelson Mandela award, because both men emerged from atrocities with a determination to build a better world.

“Nothing can move his optimism. He looks for the best in everyone he meets, and somehow he finds it.”