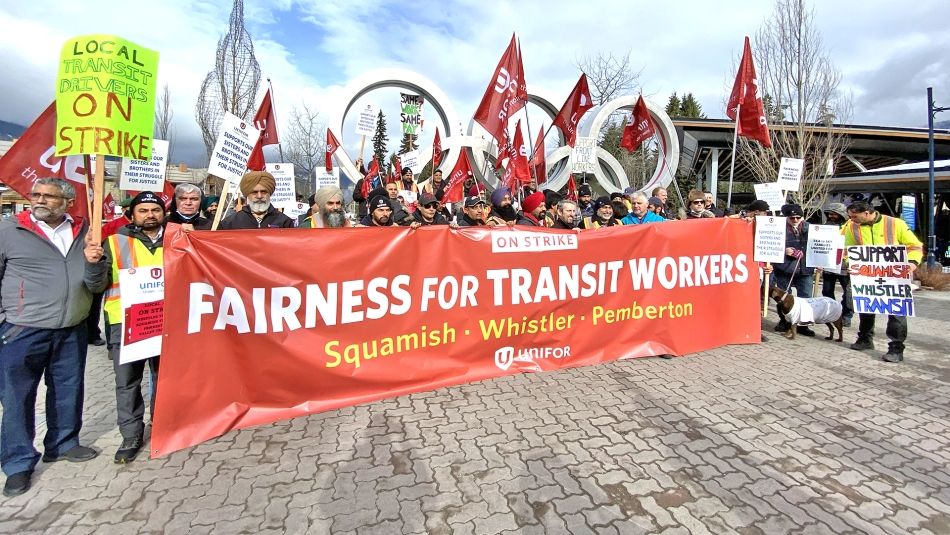 WHISTLER—By removing its latest offer from the bargaining table and suggesting binding arbitration, the employer in the seven-week long Sea to Sky transit dispute has ensured that the parties are farther from reaching a conclusion, not closer.

During negotiations in Whistler on Thursday, March 17, 2022, the employer presented a package on benefits and pensions that, when combined with a roadmap to wage parity with Vancouver’s transit workers, could end the job action immediately and restart transit service for Squamish, Whistler, and Pemberton.

However, the company has reneged on the March 17 offer and wants to send all issues to binding arbitration, something the union says is unworkable.

“Under the right circumstances, binding arbitration can move negotiations forward, but what PW Transit has proposed will ensure the deck is stacked in their favour, and we cannot agree to that,” said McGarrigle. “Unifor remains focussed on a fair contract and the resulting resumption of transit service.”