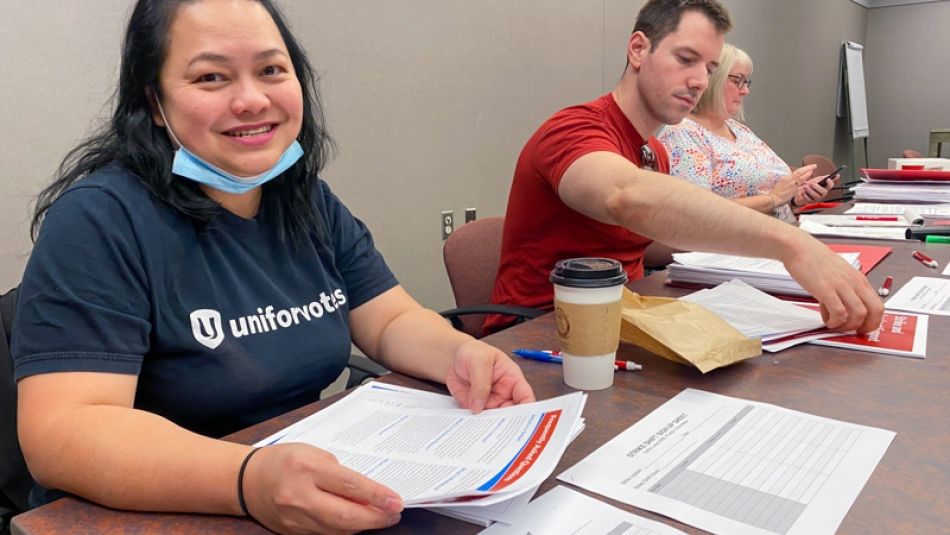 VANCOUVER—Unifor Local 2000’s bargaining committee has secured a tentative agreement with Purdy’s Chocolatier during negotiations that went down to the deadline set by the union.

“I’m proud of the solidarity and the work done by Local 2000 members to reach a tentative deal that advances their goals,” said Gavin McGarrigle, Unifor Western Regional Director.

The union delivered 72-hour strike notice to Purdy’s on September 8, 2022 after lack of progress at the bargaining table. Tonight’s tentative agreement will be voted on in the coming days. Details of the contract will be available to the public following ratification.

"Congratulations to the bargaining committee for their hard work today and for getting us to a tentative agreement,” said Brian Gibson, Local 2000 president.

Local 2000 represents more than 200 factory and warehouse workers in Vancouver. Purdy’s Chocolatier Vancouver operations include a factory on Kingsway and a warehouse on Chester Street, which supply chocolate for retail stores across Canada.