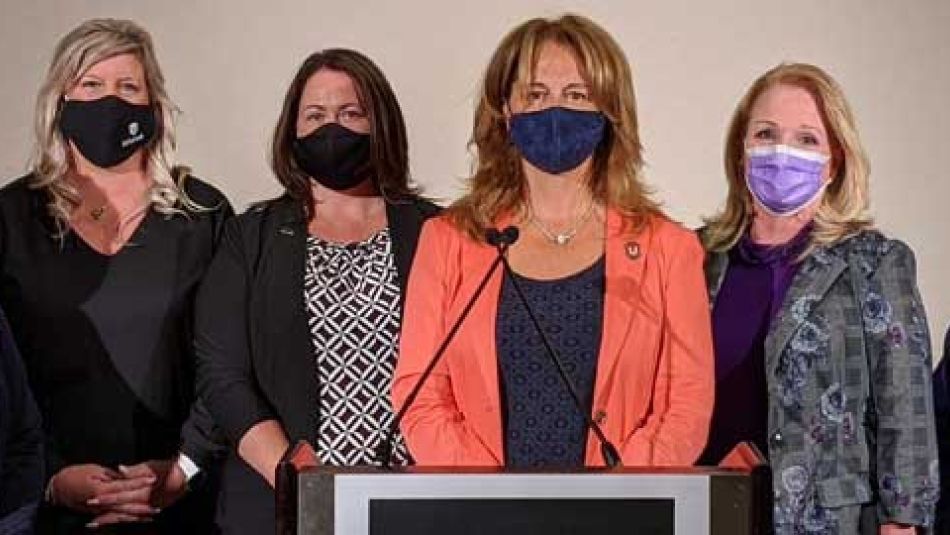 CUPE Ontario, SEIU Healthcare, and Unifor, unions which collectively represent more than 70,000 long-term care workers, are condemning the inaction of the Government of Ontario and are raising concerns about the significant uptick in cases of COVID-19.

“We’re approaching a second wave and I’m left questioning whether we learned any lessons from the first wave,” said Candace Rennick, Secretary-Treasurer of CUPE Ontario, which represents nearly 35,000 members in the sector. “We’ve been ringing the alarm bells about chronic underfunding, understaffing, and the drive for profits at the expense of the lives of residents and workers. Now its Premier Ford’s second chance to listen and take action.”

Sharleen Stewart, President of SEIU Healthcare added: “Workers, elder care experts, seniors, and families alike are singing the same tune. They all want increased staffing levels for better senior care. They all want full-time jobs for our healthcare heroes. And they all agree PSWs need universal pay because a PSW is a PSW is a PSW—it’s time to give them a raise and give them a pension. These essential policies are not items on a menu to be picked over and the rest discarded, instead, they add up to a real action plan to fix Ontario’s failed long-term care system. Let’s get it done.”

The three unions, joined by personal support workers at the media conference, called for a legislated guarantee of a minimum of four hours of care per resident per day, highlighting a private members’ bill that could be passed into law as early as this week.

The unions also made the case for an end to for-profit care, noting that these facilities have been seen the highest number of cases. The profit motive, according to the coalition, has resulted in cost-saving measures, like having 17% fewer staff than non-profit homes.

“No more hollow words,” said Rennick. “Front-line workers are tired of empty promises.  They need more staff, more funding, and more protection to keep themselves safe and their residents alive.”