Pollster says Unifor has role for all Canadians 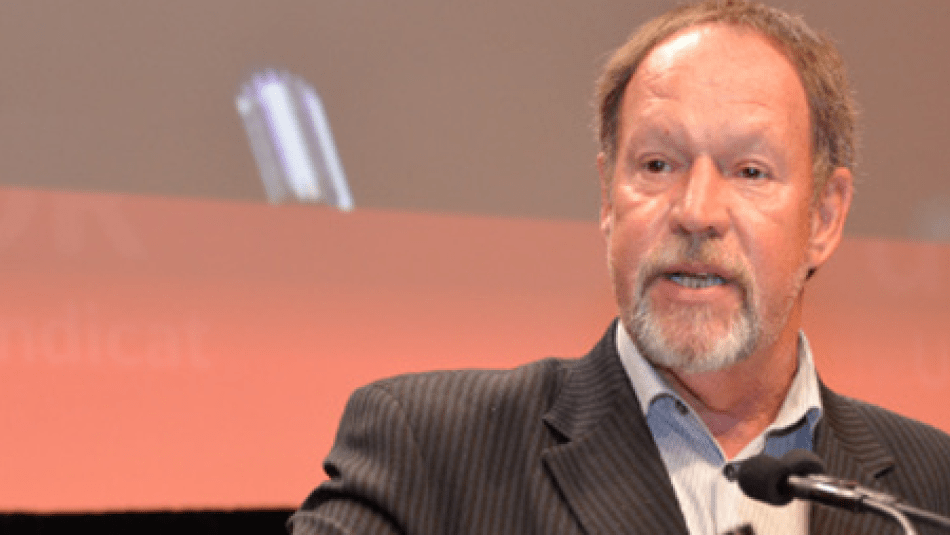 Canadian pollster and pundit Allan Gregg enthralled the delegates at the Unifor convention with his observations and analysis of the Harper government’s war on reason and working families.

Gregg said despite the tactics of the Harper government there is still a role for unions to play.

“The hill you climb, while steep, can be breeched,” said Gregg.

He urged the leaders and delegates of Unifor not to allow Harper to pit unions against the interests of Canadians.

“After this weekend the eyes of the nation will be on you. And if they like what they see, their hearts and minds will follow,” Gregg told the cheering delegates.

In a wide-ranging and detailed speech, Gregg outlined the systematic way in which the Harper government has attacked institutions, groups and agencies that Canadians have benefited from. He said the Tories create false myths that pit Canadians against each other.

For instance, Conservatives argue that the middle class can’t prosper unless there is “right to work” legislation – laws that are essentially anti-union. Gregg explained that economies prosper when working people can buy things. He noted that around the world anywhere there are unions, there is a healthy middle class.

Gregg urged us to fight for Canada, where Canadians still believe in egalitarianism.