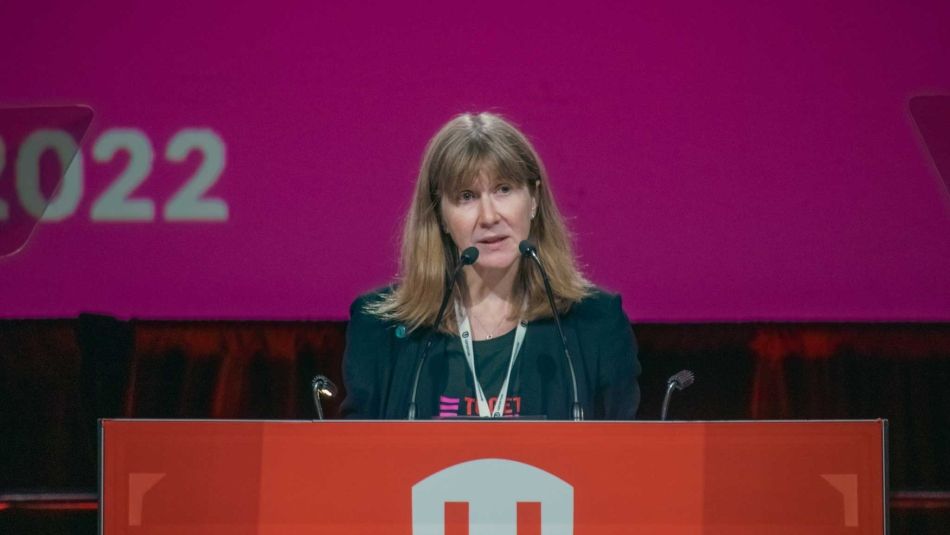 Unifor locals are being asked to donate generously to help support the families of media workers fleeing the Taliban and left in limbo in their attempts to come to Canada.

“Next week, we mark the one-year anniversary of the fall of Kabul. We are still here, standing with the workers. We cannot leave them now,” said Rachel Pulfer, executive director of Journalists for Human Rights, or JHR, Canada’s leading media development organization, at Unifor’s fourth constitutional convention.

“Please find it in your heart step up for them in their hour of need.”

She told the story of Peghla Farida Sariaish Ahmadi, who with her husband ran three radio stations across Afghanistan that supported the rights of women and girls. Death threats from the Taliban forced them to constantly move to stay safe with their two daughters.

They went into hiding when the Taliban took over, taking refuge in a friend’s basement, before fleeing with help from Unifor and the JHR.

“Her two little girls couldn’t sleep. They couldn’t play outside. They did not understand why their lives had been turned upside down. Farida had no answers for them. She just wanted her family to survive,” Pulfer said, stressing she had Farida’s permission to tell their story, despite the risks.

“With your support, we have been able, to date, to evacuate 343 journalists and their families from Afghanistan, including Farida and her family,” she said, including 171 media and human rights workers who have made it to Canada.

Included in that is Mohammad Sharif Sharaf, who worked as a fixer for the Globe and Mail in Afghanistan, and was able to escape Afghanistan with the help of the Ukrainian army.

“Now he lives in Scarborough. His son Zeinullah is going to Grade 8. His daughter and wife are learning English.”

The JHR is working to get Afghan median workers unionized jobs at media outlets in Canada, top help them build new lives for their families.

Unifor’s International Department and Media Sector been working with Journalists for Human Rights to bring the media workers to Canada as part of the country’s promise a year ago to bring some 40,000 Afghans to Canada.

“These media workers had embraced the changes to their country when the Taliban fell. They believed in a democratic future for their country and in the vital role journalism would play in that future,” said Unifor Media Council Chair Jennifer Moreau as she introduced Pulfer.

Unifor, the Social Justice Fund, the Canadian Community Fund and media locals donated more than $70,000 to support the Afghan media workers, Canadian Women for Women in Afghanistan and the Afghan Youth Engagement and Development Initiative.

So far, the process has been very slow, with some families having made it out to neighbouring countries, but still waiting for Canada to provide the final paperwork for them to come here. Others are still in hiding in Afghanistan.

Those still hoping to come to Canada include the family of Siar Mateen, who was a celebrity in Afghanistan before the Taliban returned to power a year ago. A satirical news presenter (in the vein of Jon Stewart or John Oliver), Mateen advocated for women’s rights and human rights, producing any number of critical and satirical programs highlighting injustice in Afghan society.

The Taliban made frequent threats to his life, and he was lucky to escape Afghanistan alive. Siar, his wife and his young children are now in a humanitarian camp in a neighbouring country.

The Mateen family is safe, and given consent for Unifor to use their name. Others remain under, threat, so are not being named, even if they have left Afghanistan.

Siyabulela Mandela, Regional Project Manager for East and Southern Africa with JHR and grandson of Nelson Mandela, said freedom and human rights can only be achieve d when unions and workers demand it.

“Workers are inextricably linked to the fight for justice, for human rights for all,” he said. “The only way that we can defend the rights of the workers, the workers have to be united.”

Journalists there and human rights are under threat in that country, but the work to help media workers in Afghanistan shows what can be done when the international community comes together, he said.

“The media is threatened,” he said. “I plead with you to support countries such as South Sudan.” 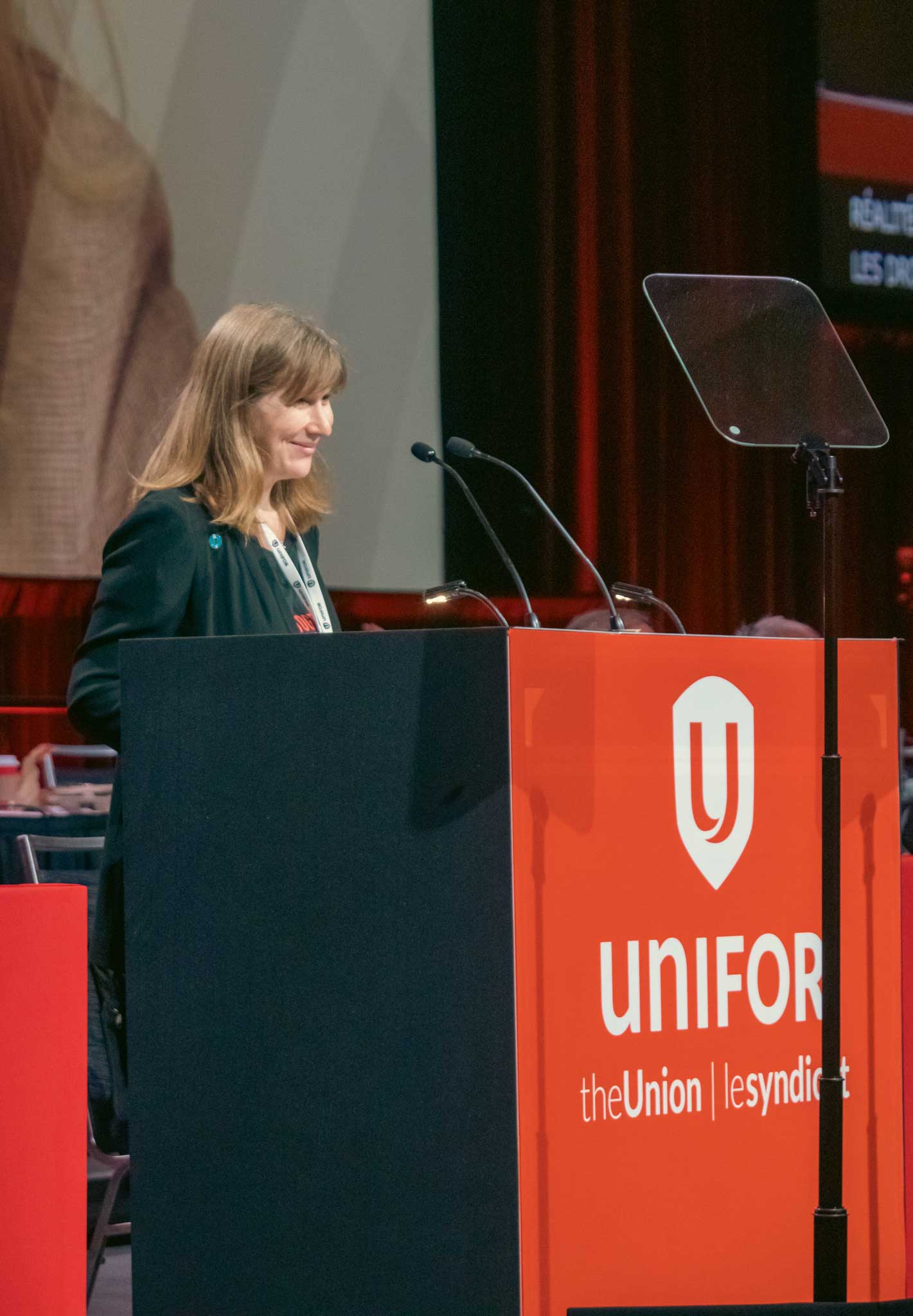 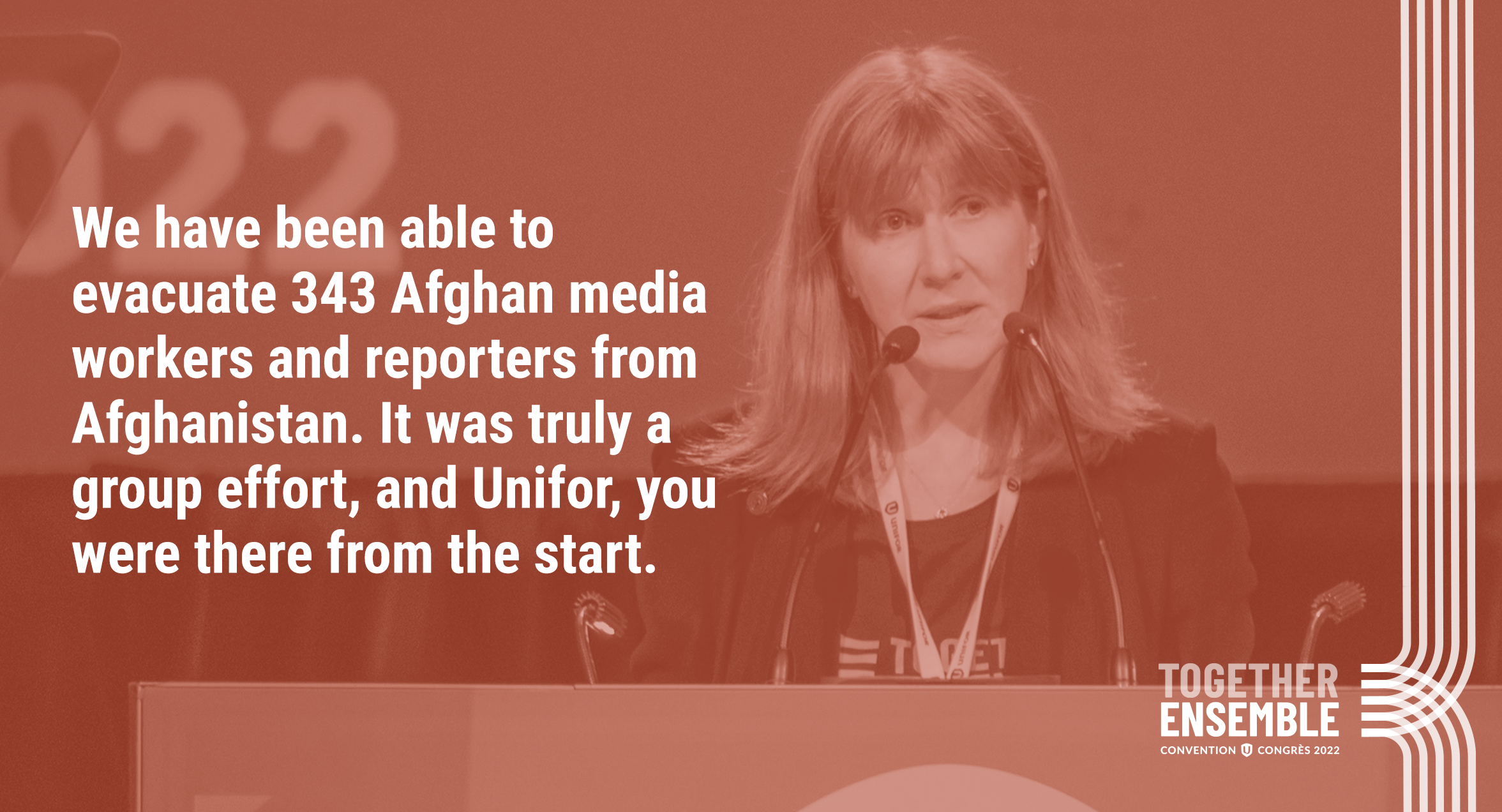