Paid sick days must be universal, sufficient and permanent 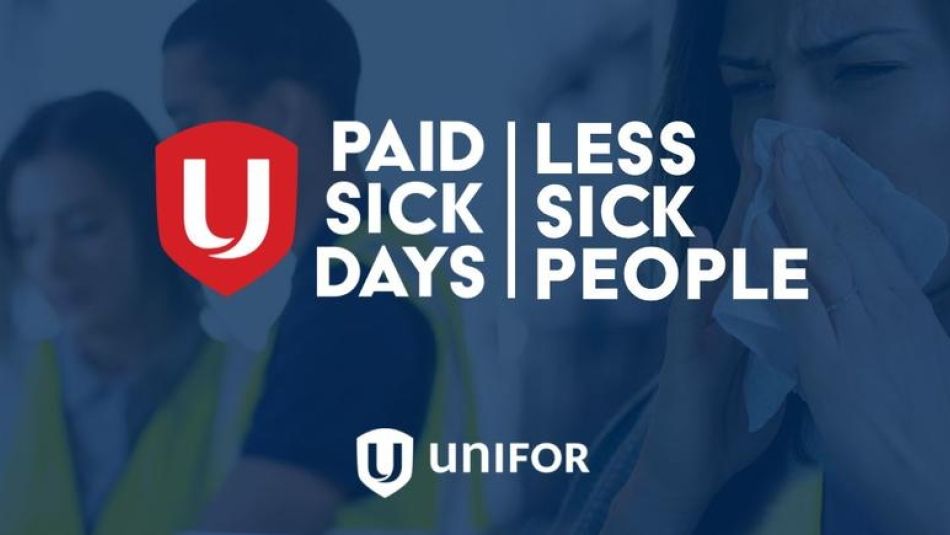 “Ontario workers are watching and we will not be fooled if Premier Doug Ford or his ministers try to pull a fast one by not delivering adequate time off, or by making the benefit temporary. This crisis made some realities clear, including the undeniable truth that paid sick days save lives,” said Jerry Dias, Unifor National President.

Unifor and its members are calling for the province to introduce legislation that delivers 14 days of paid sick leave to all workers. This provision should be enshrined in labour law to protect workers today and the next generation, not introduced with an expiration date.

“The answers have been in front of the conservatives for months already, coming from workers and their unions, medical doctors, and repeated motions from the Ontario NDP,” said Naureen Rizvi, Unifor Ontario Regional Director. “I hope that conservative ministers learn from the tragedy of this pandemic, and the inaction of the past year, and see that workers have been making impossible decisions between paying the rent and spreading illnesses. Paid sick days are required to make workplaces safer.”

The evidence to support the need for universal paid sick leave is staggering. A recent study for Peel Region showed that of nearly 8000 people who contracted COVID-19, 1,993 went to work while symptomatic and eighty went to work after testing positive.

The province’s own Ontario COVID-19 Science Advisory Table recommended paid sick days as one of the six things that will work to reduce transmission, protect our health care system, and allow us to re-open safely as soon as possible.

A new poll, commissioned by Unifor, reveals that the vast majority of Ontarians support the implementation of legislated sick days.

The Union continues to advocate for universal paid sick days to be enshrined in labour law in Ontario. In the last 24 hours alone, more than 2000 members emailed and called their MPPs, and over the past several weeks, thousands more contacted their municipal governments and Boards of Health, and the Premier’s office to demand this life-saving public health measure. Visit the Paid Sick Days campaign here.

For media inquiries or to arrange a Skype, Zoom or FaceTime interview please contact Unifor Communications Representative Sarah McCue at @email or 416-458-3307.