Ouimet: “With every victory, we build Unifor” 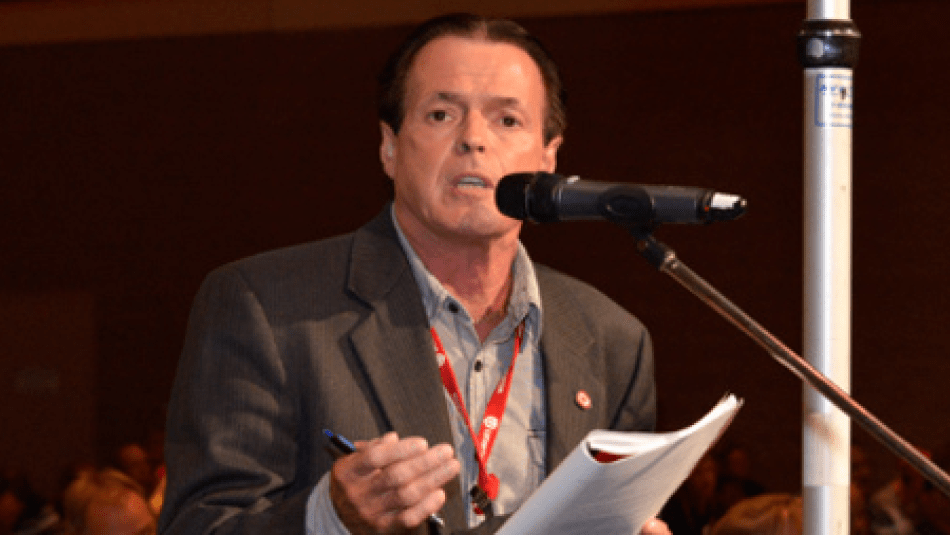 Unifor is much more than a coming together of two great unions, but is a new kind of union, newly elected Quebec Director Michel Ouimet says.

“It’s not enough to be bigger, you have to be better,” Ouimet told the Unifor founding convention over the Labour Day weekend.

Ouimet, who was executive vice-president for Quebec in the old Communications, Energy and Paperworkers union, began his career as a data technician at Bell Canada in 1973 and became active in his union three years later.

From steward to chief steward, vice-president and then president of Local 84Q, Ouimet became a national representative in 1987, and put in charge of organizing drives and services to local unions in the industrial and manufacturing sector.

He was elected executive vice-president for Quebec in 2000, in charge of the communications, media and industrial sectors.

In his address to the Unifor convention, Ouimet said the new union will be a positive force for change in Canada, working to improve the lives of all Canadians and building hope for the future.