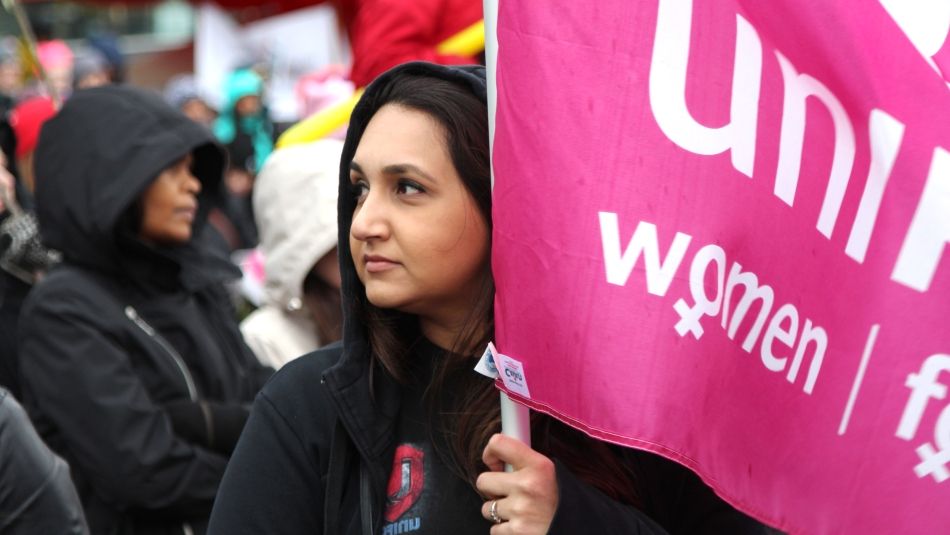 Last week, the Ontario Court of Appeal heard arguments in a precedent-setting case about the method employers must use to maintain pay equity for their predominantly female workforce.

“The unanimous ruling from the judicial review was clear that employers in nursing homes must adopt pay equity methods for these hard working COVID heroes,” said Jerry Dias, Unifor National President. “We should not be having this debate, women must be paid the same as men and employers must use every resource they have to achieve pay equity. It’s as simple as that.”

The dispute arises from a group of nursing homes, collectively referred to as the “Participating Nursing Homes.” The case was brought by the ONA and SEIU, each of whom alleged that the Participating Nursing Homes have failed to maintain pay equity after it was initially achieved in 2005. Unifor, together with CUPE, supported the Equal Pay Coalition’s intervention in the case in support of the unions.

The unions allege that this has resulted in a gender-based wage gap for their members that they claim must be redressed using the Proxy method, which would allow them to compare their wages with similarly valuable positions in external workplaces who have already achieved pay equity using male comparator data.

The crux of the dispute is whether, in order to maintain pay equity, the Participating Nursing Homes must “borrow” comparator data for similar positions from the Municipal Homes for the Aged that have already achieved pay equity, just as they did when pay equity was first achieved.

The unions have argued that access to male wage data is essential to maintain pay equity and that it would be a violation of the s. 15 Charter right to equality if the workers in these female job classes were denied the opportunity to compare their wages to the wages of men.