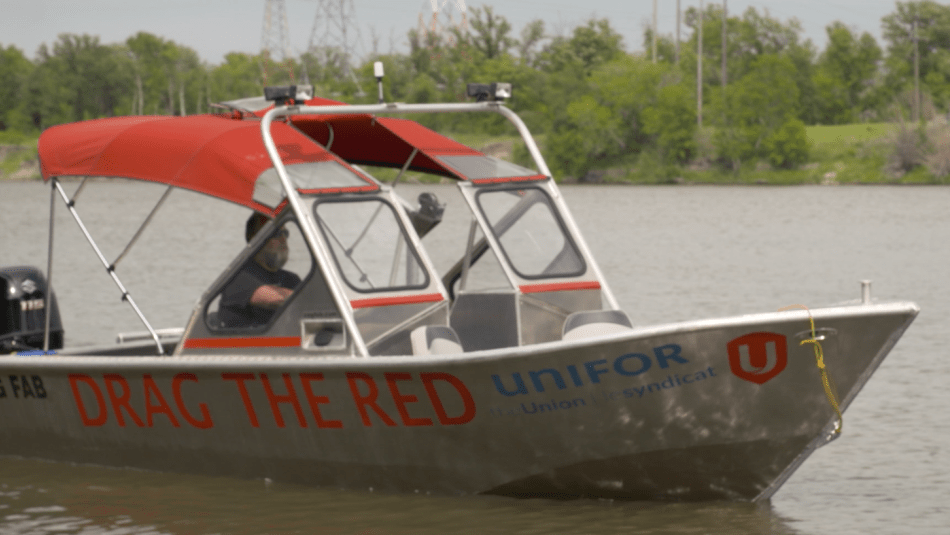 WINNIPEG — Unifor will commemorate the United Nations Day of the World’s Indigenous Peoples with a new video​ that showcases the work done by volunteers to “Drag the Red” River for missing persons.

“Unifor is committed to supporting the families of missing and murdered Indigenous women, girls, and two-spirited peoples,” said Jerry Dias, Unifor National President. “Where governments and police continue failing the families, Unifor members are stepping up to help.”

In 2020, Unifor assisted the campaign by purchasing a new custom-built boat after the previous boat began experiencing problems. Drag the Red was co-founded by Winnipeg NDP MLA Bernadette Smith following the death of 15-year-old Tina Fontaine in August 2014. Outrage over Tina’s death galvanized the community and helped to spur a National Inquiry into MMIWG2S.

Watch the new video documenting the Drag the Red boat launch and the history and context of this important project.

“We're a grassroots group—we don't get funding from anywhere. We were so fortunate to be connected with Unifor. Without them we wouldn't have been able to have this boat,” said Smith, who co-founded the Coalition of Families of Missing and Murdered Women in Manitoba after her sister Claudette went missing.