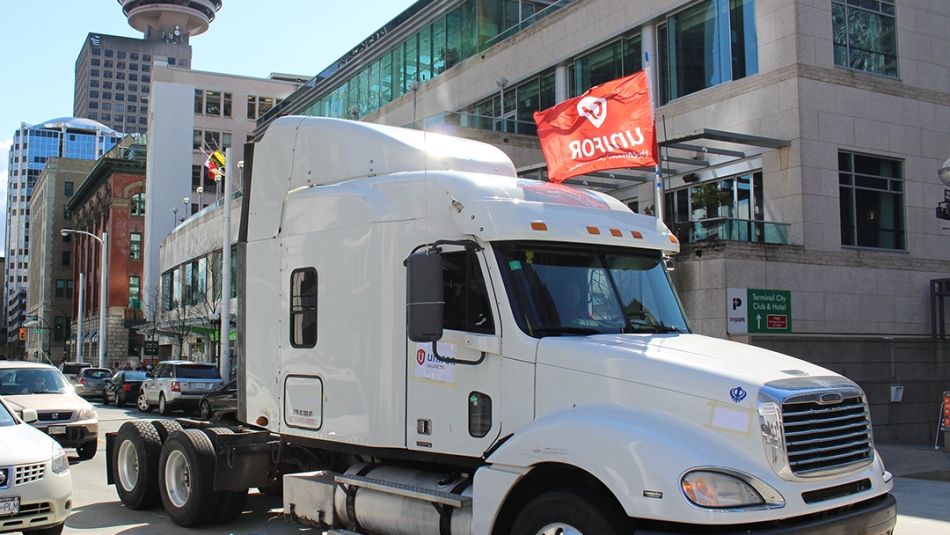 VANCOUVER—An independent report commissioned by the Office of BC Container Trucking Commissioner confirms that there is a growing two-tier system of “off-dock” container shipping at Port Metro Vancouver and that many current licensees are actively involved in this destabilizing behaviour.

Despite decisions by the Commissioner that have resulted in millions of dollars of unpaid wages and hundreds of thousands of dollars in fines, the report reveals that at least 45 per cent of these same licensed companies were actively using non-tagged trucks and engaging in chassis swapping to avoid paying the regulated rates.

The Cascadia report says that chassis swapping occurs in parking lots to avoid paying the regulated rates and the resulting gap in rates between unlicensed and licensed truckers is as much as $85 per trip, less than half the price. The problem is so widespread that some licenced companies have a shadow workforce of unlicensed or “untagged” truckers while others use affiliated companies to lower costs and driver compensation.

Last month Unifor wrote to the Minister of Labour and the Minister of Transportation and Infrastructure to demand that the Commissioner be given more tools to properly monitor off-dock shipments in order to stamp out unlicensed operators. Unifor has consistently raised this issue for several years. Failure to act earlier has led to a massive growth in this unregulated market and a potential collapse in regulated rates.