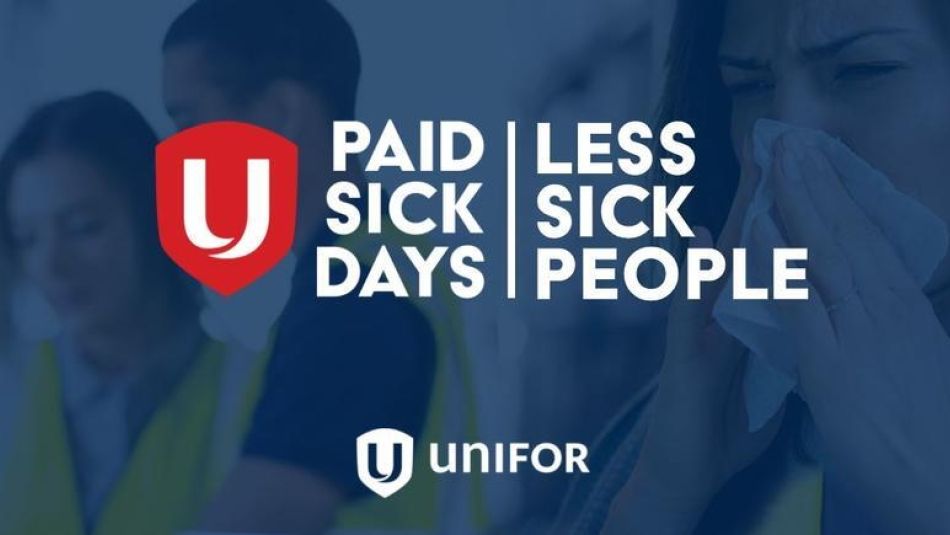 TORONTO–A new poll, commissioned by Unifor, reveals that the vast majority of Ontarians support the legislation of paid sick days for workers.

“The government needs to understand that the people of Ontario want and need paid sick days,” said Unifor National President Jerry Dias. “It’s disingenuous for Premier Doug Ford to pretend that the temporary federal Canada Recovery Sickness Benefit is a substitute for legislating paid sick days for workers, especially when just one in ten low-wage workers have access to paid sick time.”

The poll, conducted by EKOS Research Associates Inc. April 7-12, 2021, reveals that Ontarians support the implementation of paid sick days by a margin of four to one. Support was highest among women and with people under 35 years of age, at 75% and 74% respectively.

The poll also found that the public widely dismissed the notion that legislated paid sick leave will harm the economy and cost jobs, with just 23% believing that legislation to allow workers to stay home when they are ill will hurt businesses.

Two-thirds (68%) are also supportive of providing a subsidy to small businesses to help them cover the costs of paid sick leave, this support transcends partisanship and majorities from Ontario’s four major parties are in favour of these subsidies.

“It’s time to put ideology aside and listen to workers, doctors and public health experts. Paid sick days are a tried and true public health benefit that leads to fewer sick people, better productivity and less crowded hospitals,” said Unifor Ontario Regional Director Naureen Rizvi. “Paid sick days should never have been rolled back, and Ontario’s Conservative government is running out of time to correct this mistake.”