New investment at Ford in Oakville secures jobs in the future, says Unifor 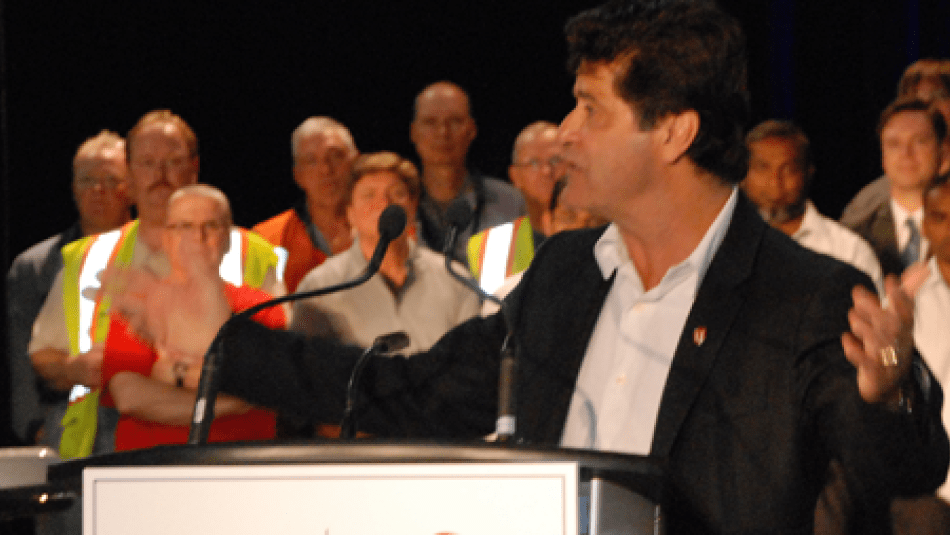 Unifor is calling the new $700 million investment in the Ford Oakville Assembly Plant a giant boost for the provincial and national economy.

“The benefits of this investment are enormous for the province and for the country,” said Unifor National President Jerry Dias, citing studies showing that every job in the facility supports 10 jobs in total in some part of the value chain.

“This kind of investment is exactly what we need to see more of – one that creates jobs and hope for young workers that they can find good job opportunities.”  Dias noted that investing in manufacturing also leads to more jobs in research, development and other high-tech areas.

Dias commended the investment decision by Ford Motor Company and the support of the federal and provincial governments.

“Government must be involved in key sectors of the economy,” said Dias. “Without the support of government, this investment wouldn’t be happening.”

Dias said that it’s not just the financial investment by government, but the numerous other ways that government plays a role - through quality education and training, infrastructure, transportation and universal, public health care.

“We often forget that the services we rely on, along with our families, are essential for industry to operate,” said Dias.

Dias said that the investment  is a clear indication that Canadian facilities are competitive in the global market.

Dias also attributed the investment to the work of Unifor members. “Our members at Ford have worked hard to ensure that this facility is a profitable location to invest and build automobiles well into the future.”

Unifor, Canada’s largest union in the private sector, formed this past Labour Day weekend with the joining together of the Canadian Auto Workers union and the Communications, Energy and Paperworkers Union.