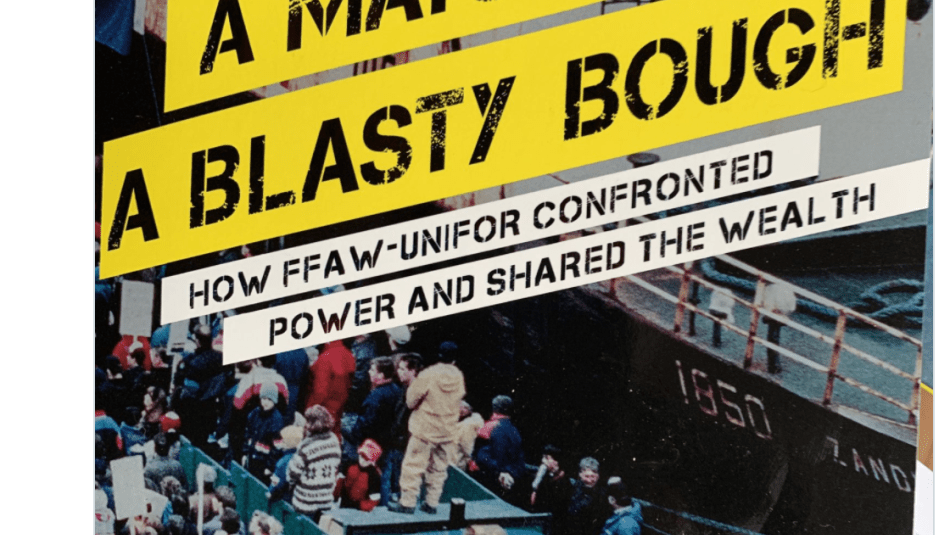 On the 50th anniversary of Fish Food and Allied Workers’ Union (FFAW-Unifor), retired local president Earle McCurdy has published a new book reviewing the storied and proud history of one of the East Coast’s most powerful political forces.

Titled A Match to a Blasty Bough: How FFAW-Unifor confronted power and shared the wealth, the book does a deep dive into the figures and political moments that shaped the union, the industry, and as a result, the province of Newfoundland and Labrador.

At the time of its founding, workers in the fishing industry were at the whim of the merchants, who held total control over pricing and therefore worker income.

“In those days it was power and money for the few, poverty for the many,” said McCurdy.

The book’s title refers to a dry, highly flammable ship’s bow and the potential for ignition, a perfect analogy for the mood of the fish workers at the time, who were very eager to unite to wrestle power from merchants for a better way of life.

McCurdy says it was important to tell the story of the Unifor-FFAW, and as the local union’s Secretary-Treasurer (1980–1993) and President (1993–2014) with a background in journalism, he was well-positioned to provide first-hand knowledge and find activists involved in the union’s formative fights.

When asked about the most critical moments in the union’s history, McCurdy noted it proved instrumental to follow the organizing model of United Fish and Allied Workers’ Union-Unifor on the Pacific Coast, which includes both workers on fishing boats and fish plant workers onshore. He said building a broader base for solidarity within the workforce and the community was especially important during the industry’s toughest periods, such as the cod moratorium.

McCurdy emphasized that affiliating with a militant social union in Unifor’s predecessor the Canadian Autoworkers Union (CAW) helped FFAW focus on broader systemic policies that benefit working people across Newfoundland and Labrador and turn the local union into the regional powerhouse it is today.