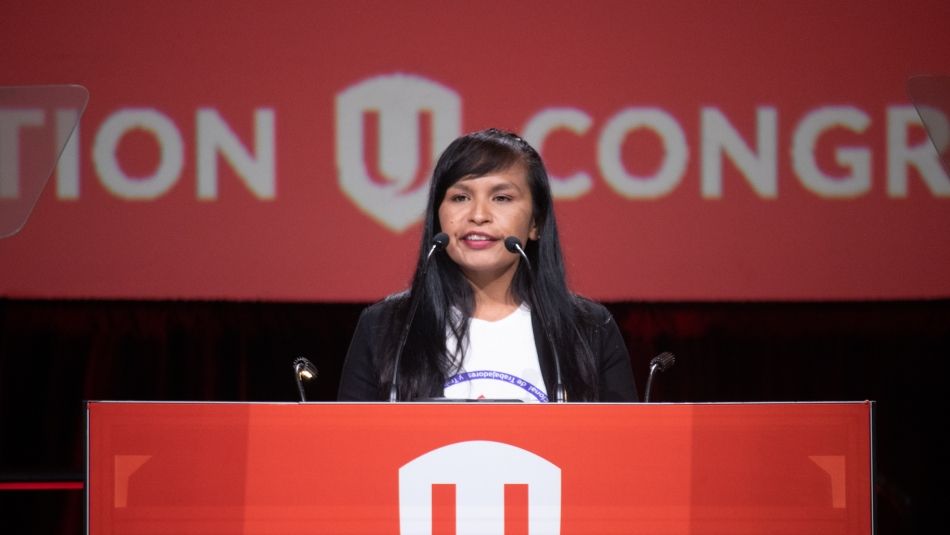 Mexican auto worker and labour activist Alejandra Morales Reynoso has been awarded Unifor’s Nelson Mandela Award for 2022 in recognition of her work to bring a democratic union to the General Motors Silao in Mexico plant where she works.

“Thank you all for this incredible award for freedom and democracy and respect for human rights,” Reynoso said in accepting the award at Unifor’s Constitutional Convention on Wednesday.

Reynoso became active at the GM plant three years ago in support of co-workers who had been fired, and joined the effort to bring a new union to the plant to replace the company-supported yellow union.

“We had to organize ourselves in secret, going against the status quo,” she said. “We received all kinds of harrrassment, but we decided to continue and go ahead.”

Reynoso said workers at the plant were tired of the corrupt union they had at the plant, which just protected the company as the workers suffered through 12-hour days, unsafe conditions, sexual harassment, intimidation and violence.

The workers stood together and demanded change, and a union of their own choosing, she said.

“This history we were able to create was because of the bravery of all the workers – men and women,” she said.

Reynoso thanks Unifor for all its help and for getting Silao workers to “that incredible day” when they won their own union.

“Without your support we would not have been able to win.”

Reynoso, 33, grew up in Silao and became active in social issues at a young age. She began work at the GM plant 12 years ago, and earned a Bachelor’s degree in Management and Finances from the Virtual University of the State of Guanajuato while working to support herself and her daughter.

“For her dedication to her co-workers and to building a stronger future for workers at her auto plant and for all Mexican workers, Alejandra is a clear and deserving choice as recipient of this year’s Nelson Mandela Award,” Unifor Secretary-Tresurer Lana Payne said in introducing Reynoso.

Reynoso is the first woman to be elected as Secretary General of a union of the automotive industry in Mexico.

Under her leadership SINTTIA won the support of 76.5% of GM Silao workers in a vote to choose their own union, despite running against three fake unions. A collective agreement including historic improvements for the Mexican auto workers was ratified by 84.5% of the workers in May 2022.

Reynoso has become the first female union leader to lead a victorious struggle for labour and human rights in Mexico, and is an inspiration for workers across her country. In June 2022, she received the AFL-CIO George Meany human rights award. 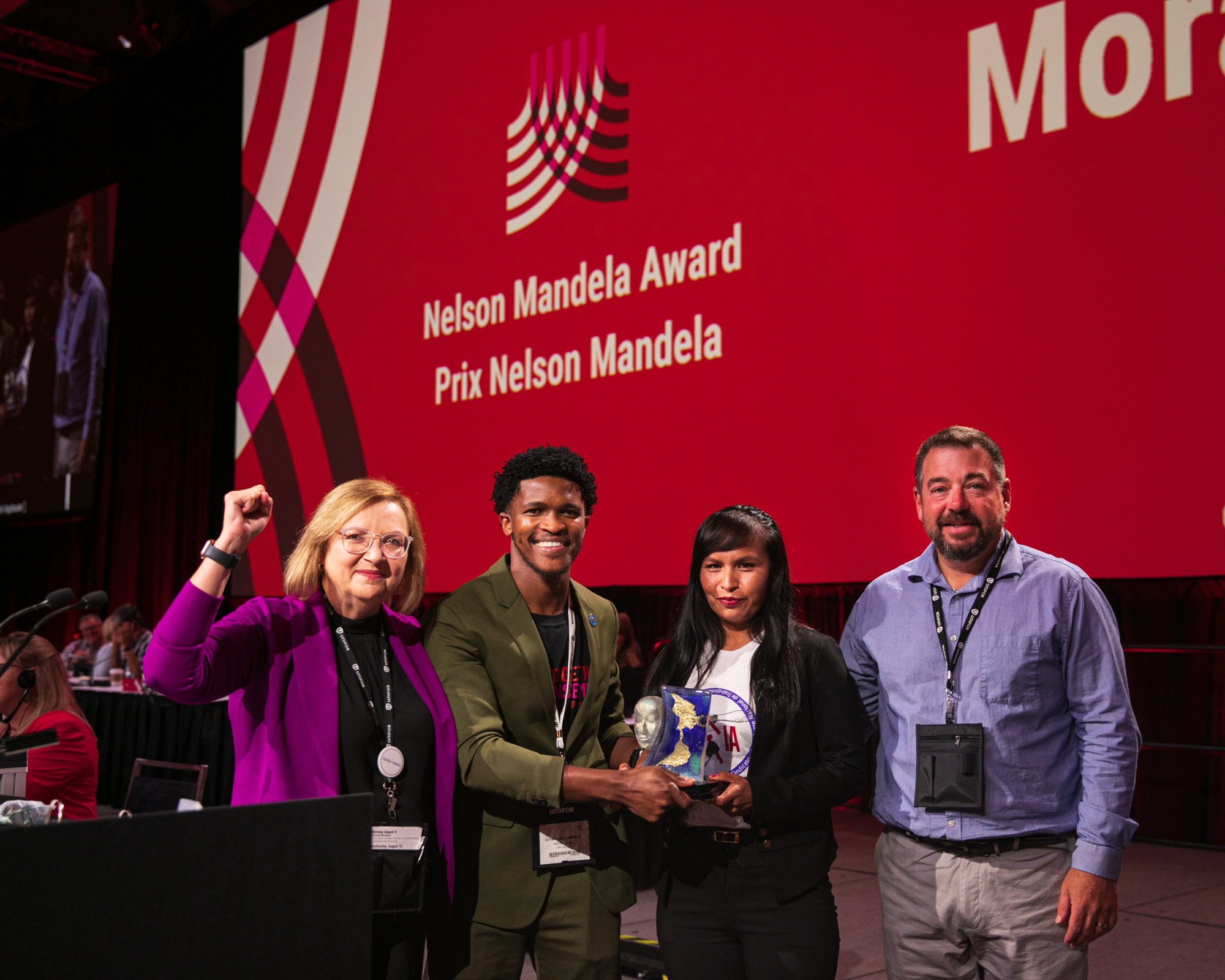 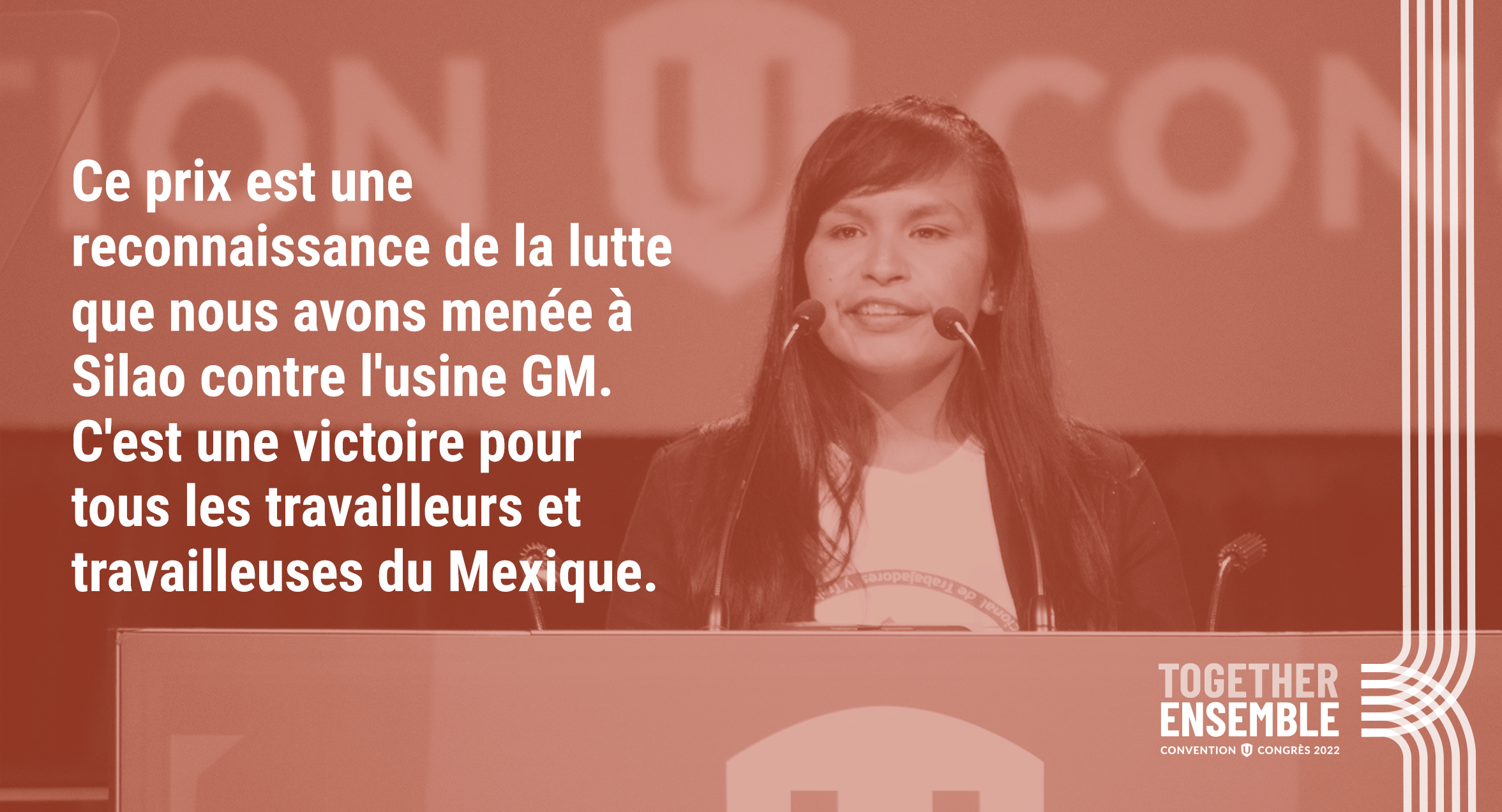 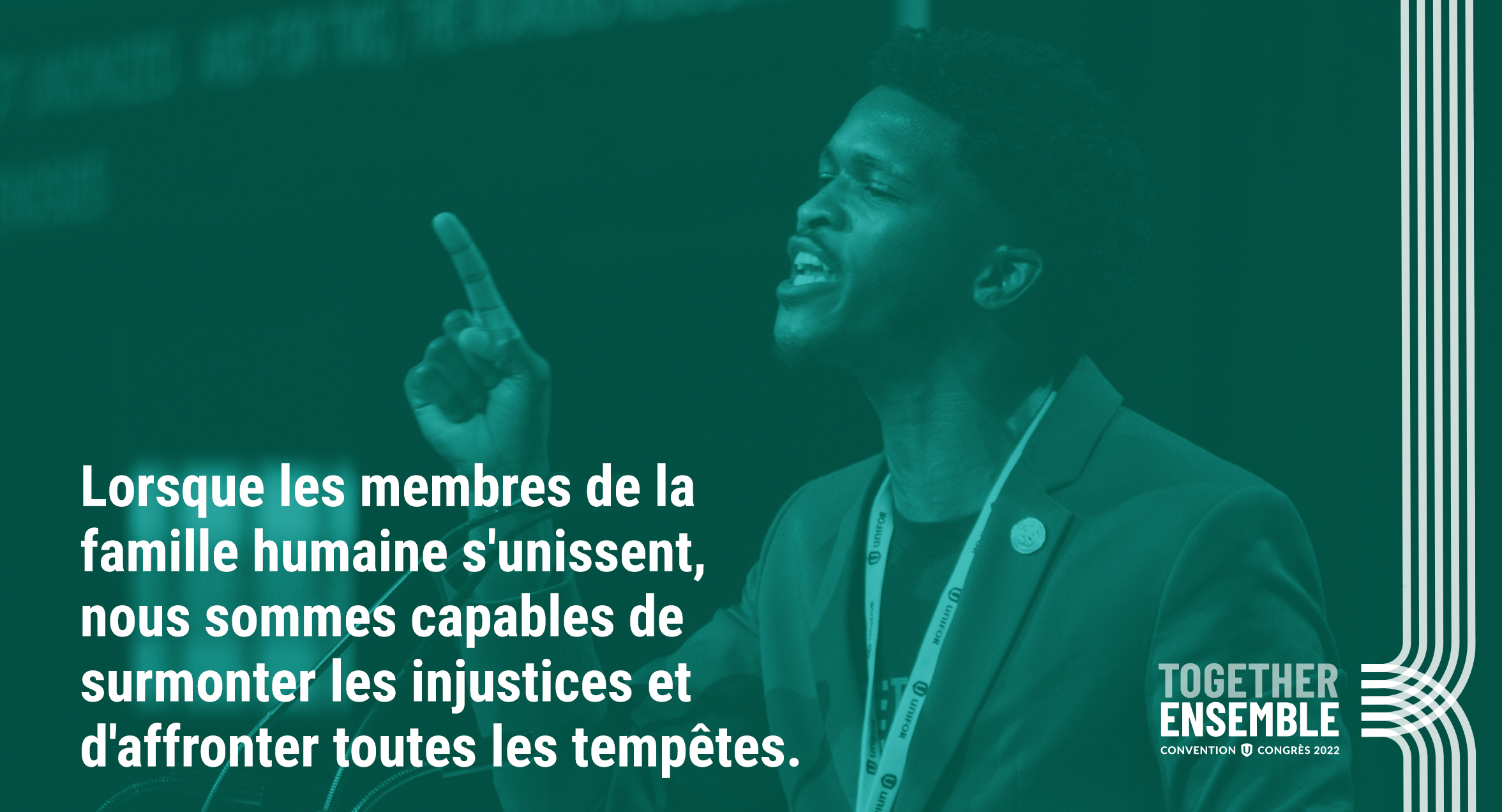