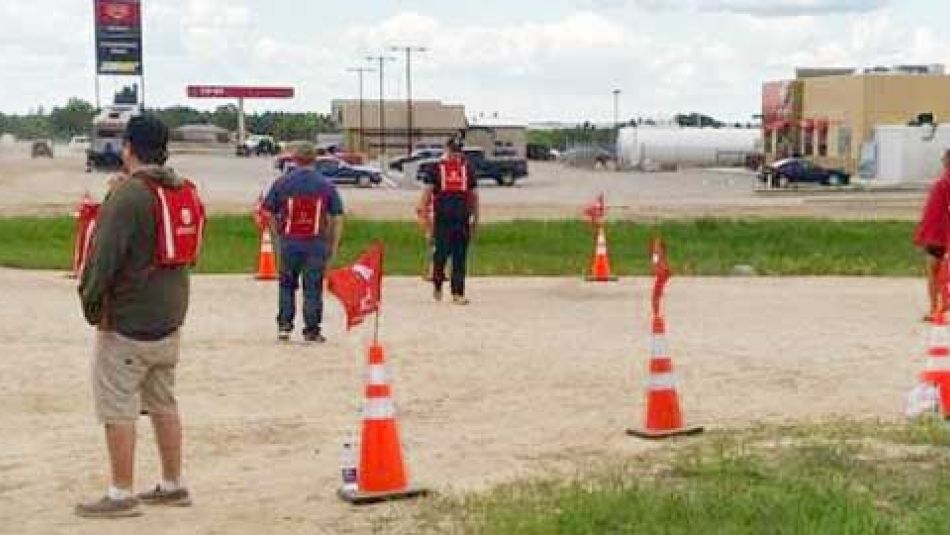 Unifor Local 594’s rural outreach campaign continued this week in Northern Saskatchewan, where information pickets were set up at bulk fuel stations and card-locks in Prince Albert and Shellbrook.

Friday will mark Day 190 of the lock out as the province’s oil and gas workers wait for Premier Scott Moe to finish what he started and legislate an end to the dispute. The company rejected the recommendations of a provincially appointed mediator on March 22, 2020 after Local 594 voted overwhelmingly to accept the mediated settlement. Ever since then Unifor has been calling on the premier to finish the job and follow through with the provincially appointed mediators’ recommendations.

During the lockout, there have been emissions incidents and on May 22, 2020, a serious oil spill that went unreported by the refinery. Reports from the City of Regina have found that the spill leaked into the Wascana Creek.

In previous media interviews about the lockout, the government has said on the record that it would get involved if bargaining had “utterly failed,” and after 6 months, Unifor National President Jerry Dias doubts the premier’s sincerity.

“The safe operation of one of the largest refineries in Western Canada is at stake—but these ideological conservatives refuse to come down on the side of working people in a labour dispute,” said Dias. “There is quite literally no company too heartless and stubborn for Moe. ‘Public safety be damned’ is his mentality.”