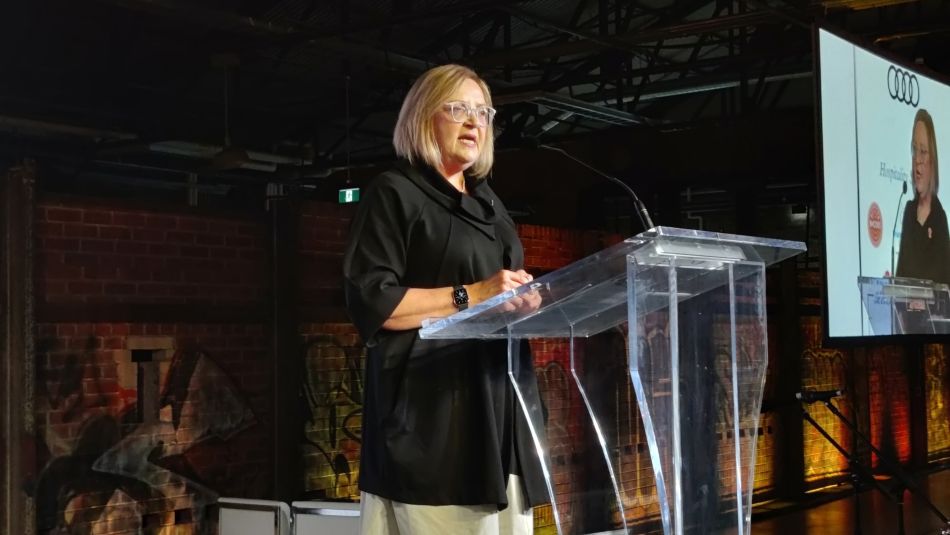 It was Lana Payne’s career in journalism that sparked her love of unions.

When the Unifor National President was 21, she worked for her hometown paper, the St. John’s Evening Telegram in Newfoundland and Labrador, calling it a “baptism by fire,” enduring night shifts and eventually discovering her passion in covering labour issues. She found her beat.

Payne retold her reporter roots at the Sept. 29, 2022 Journalists for Human Rights “Night for Rights” gala at the Evergreen Brick Works in Toronto. She left the Telegram in 1990 to work for investigative paper, The Sunday Express, but only a year later, the outlet closed because it wasn’t making enough money.

Payne left journalism to work for FFAW, the largest private sector union in Newfoundland and Labrador, representing fishery workers in more than 300 communities. She covered the crisis up close when fisheries were under moratoria and more than 20,000 workers lost their jobs.

“As a journalist, I learned many skills that have served me to this day. Perhaps one of the most important has been the understanding of the power of stories,” she said.

She said journalism prepared her for those tough moments in her various high-ranking positions in the labour movement – for her, the truth matters. Principles matter. That fortitude extends to fighting for workers’ rights globally.

“Over the last year, Unifor as a union has worked very closely with Journalists for Human Rights to ensure journalists on the ground in Afghanistan escaped safely,” noted Payne.

“We worked directly with them to help the many families who escaped to Canada. Journalists stranded in Afghanistan face and human rights violations and organizations like JHR are essential to protecting and helping them in their greatest time of need.”

She described how Unifor’s Social Justice Fund supports another important program run by Journalists for Human Rights in Northern Ontario, working with Indigenous reporters to increase the quality and quantity of Indigenous stories and voices in the media in Canada.

“A friend of mine who works in human rights once said, ‘The most important thing we can do is imagine, imagine yourself in another’s shoes and then take action, because we can all do something to make a difference,’” said Payne.

In her closing remarks, Payne honoured veteran broadcast journalist Lisa LaFlamme, this year’s recipient of the JHR Excellence in Human Rights Reporting Award. LaFlamme, a former CTV National News anchor, recently told her story on social media of her 35-year career at the network abruptly coming to an end, allegedly over ageism and sexism.

“Every woman everywhere could identify with you, Lisa – because women everywhere still face an epidemic of sexism which, when amplified, leads to harassment and violence,” said Payne.

“It is a reminder to all of us as women in positions of power that our job will always have this added element of responsibility – of changing things for the next generation of young women.”

LaFlamme said in her acceptance speech that it “was an absolute honour to be with you tonight to celebrate 20 extraordinary years of journalism for human rights.”

She noted it’s been a busy year with attacks on journalists worldwide to silence them for being human rights defenders.

“They have never been more at risk, whether it’s in Afghanistan, Ukraine, Iran…the list is way too long,” said LaFlamme. 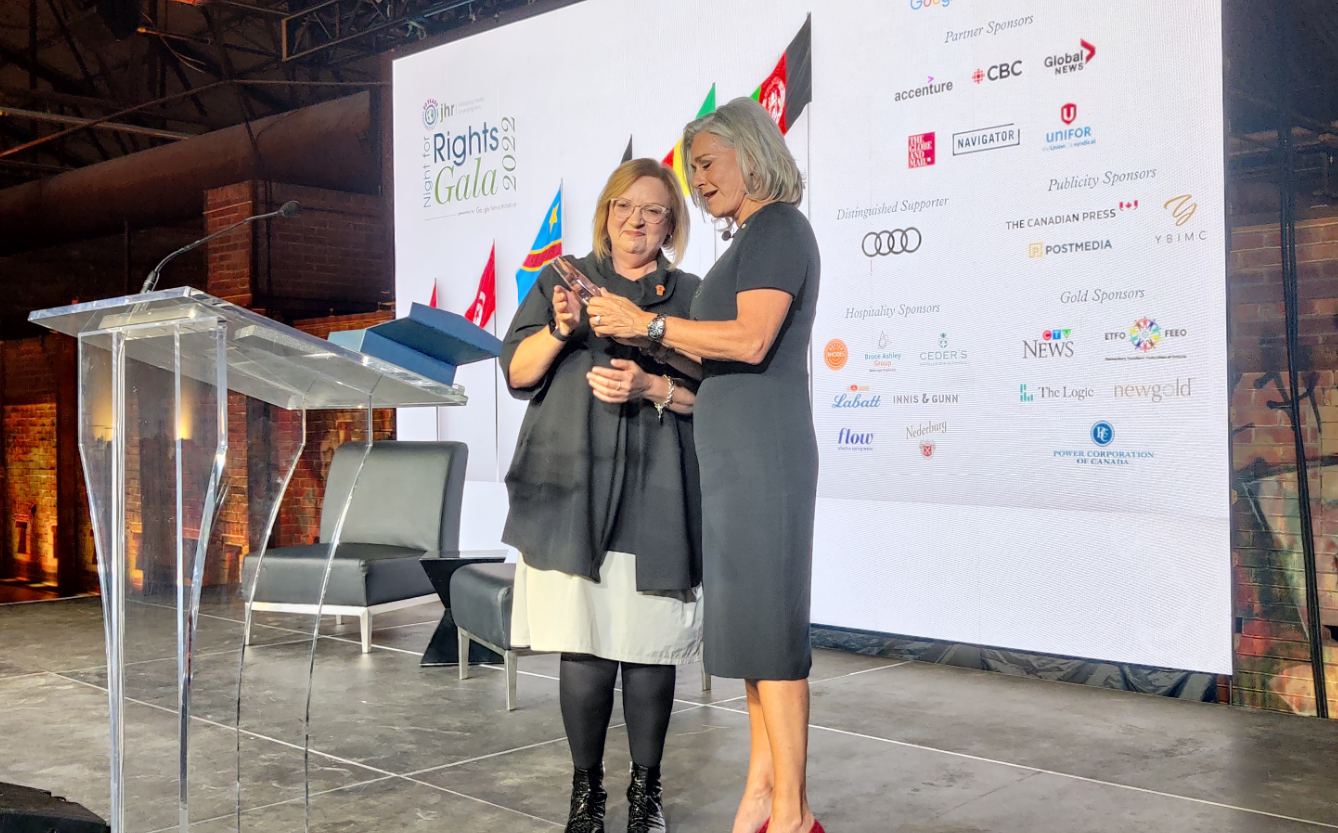