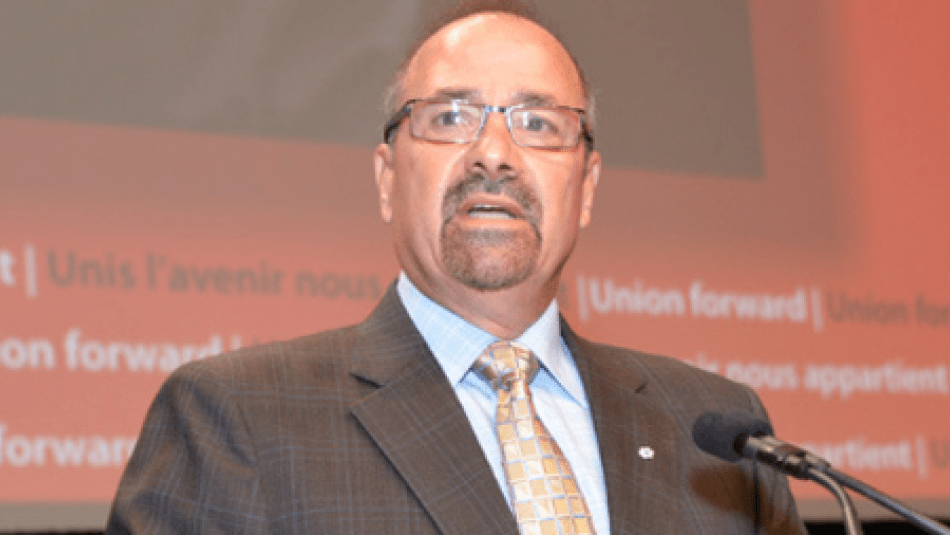 “This is truly a day of celebration,” Georgetti said as he welcomed Unifor as the newest affiliate of the CLC. “The Canadian Labour Congress is behind you and Unifor.”

The labour movement faces challenges from companies and governments who want to take away bargaining rights and tie the hands of unions in red tape, but has shown it can work together to make positive change for all Canadian, Georgetti said.

He stressed the need to engage members with their unions and link their well-being to their unions.

“We have to get people thinking about this as “my” union. We need to get them prepared for the attack that is coming,” Georgetti said.

“Over a lifetime, being part of a union puts more than $600,000 in the pockets of unionized workers over what they would have earned without a union, he said. “That’s better than buying lottery tickets.

“And that’s money spent in their communities within 10 days of earning it,” he said, citing a recent CLC study, boosting local economies and employing more people.

“Unifor has arrived, I think, just in time.”