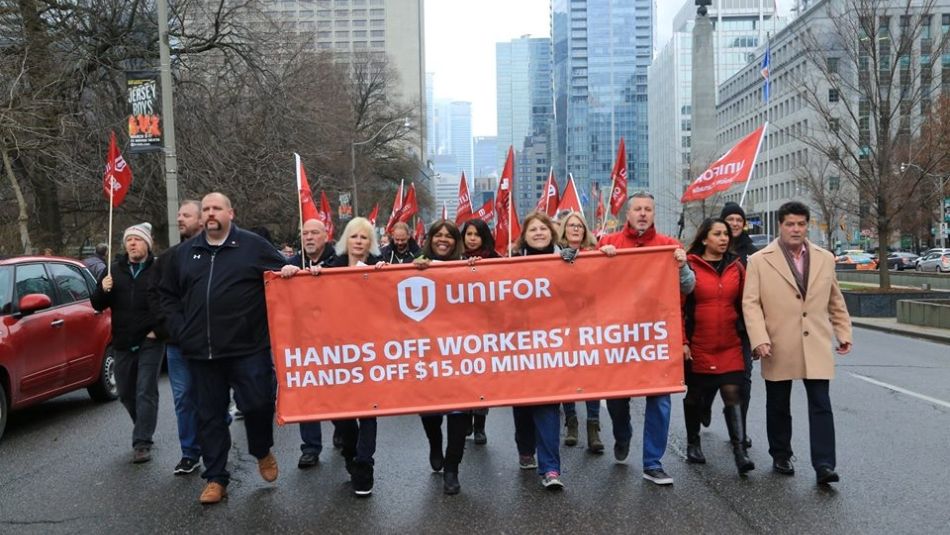 “The Conservatives have taken their ideological pig-headedness too far. It’s time to face the facts and recognize not only that strong public education is essential to building a better province, but also that the people of Ontario will never forget these punishing cuts,” said Jerry Dias, Unifor National President. “Come back to reality, Ford, before you cost Ontario’s youth the bright future that they deserve.”

On Thursday, April 4, following province-wide student walkouts to protest cuts to education and post-secondary education, Premier Doug Ford and Education Minister Lisa Thompson opted to attack workers instead of responding to the legitimate concerns of the tens of thousands of students who voiced their opposition.

Further, Education Ministry memos acquired by the Toronto Star report that the Conservatives plan to cut 3,475 teaching jobs in Ontario. The average secondary school expected to see a loss of 11 full time teachers.

“Ontarians, including high school students, are organizing massively successful grassroots actions to demonstrate opposition to the Conservatives’ devastating agenda,” said Naureen Rizvi, Unifor Ontario Regional Director. “I commend the brave young activists who have organized rallies, walkouts, and strikes. Students and teachers deserve respect and acknowledgement from their government, not dismissal and cruelty.”

Recent attacks on secondary education are only one aspect of an already long list of cuts to Ontarian’s education system including:

“We’re about to have not only hallway medicine, but also hallway education in this province,” continued Dias. “Ontario workers are standing united against these cuts, and Unifor is in solidarity with teachers, students, and their unions.”

Unifor members will be out in force and the union has wholly endorsed the April 6 Rally for Education organized by the Ontario Secondary School Teacher’s Federation (OSSTF), to further oppose these cuts.