Facts on Unifor’s disaffiliation from the CLC 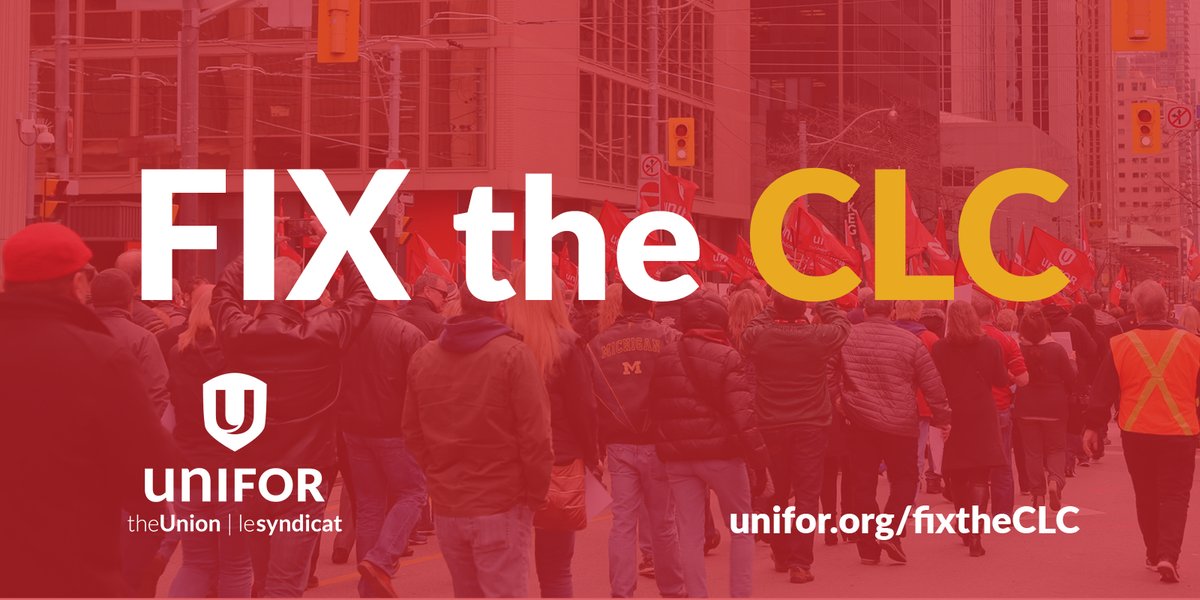 Why did Unifor leave the CLC?

This dispute is about the governance of the Canadian Labour Congress and its failure to prevent attacks on workers from their U.S.-based unions. The Canadian Labour Congress (CLC) has rules in place to ensure workers have democratic rights, and that Canadian members of U.S. unions have clear autonomy. Unfortunately, this is not being followed or respected. Unifor is gravely concerned with U.S.-based unions trampling on the rights of workers and has made the decision to disaffiliate.

This exact issue was raised in 2017 when Unifor was vocal about the trusteeship of Local 113 of the ATU. Our union’s opposition is simple: we are opposed to any union that threatens, harasses, intimidates, or silences workers for simply asserting their democratic rights and autonomy. When workers turned to the CLC for support, they have been met by silence, despite Article 26 of the CLC constitution that is suppose to protect the rights of workers in Canada who are members of U.S.-based unions.

In addition to the lack of action to defend the democratic rights of workers in Canada, there has been an ineffective application of Article 4 of the CLC constitution. Article 4 outlines a democratic process for workers to change unions, but it is not enforced. Affiliates agreed to it, but, in practice, do not grant workers those rights.

When members apply for justification (to change their union) under this process, their rights are not protected and affiliates have worked to shut down any investigation. Subsequently, virtually no members have been granted justification in recent memory. In two recent cases, ATU Local 113 and UNITE HERE Local 75, we have seen local unions put under trusteeship by their U.S.-based union to quell dissent.

Trusteeship has meant that offices have been taken over, democratically-elected officers were removed, staff fired and property or membership funds have been seized.

The constitution of the CLC should protect workers, but this has not happened and Unifor is at odds with many CLC affiliates. We will no longer stand by and be silent or to allow this to continue.

Given all of this and our desire for immediate change to defend workers in Canada from U.S.-based bullies, our union made a decision it will no longer participate in the CLC.

This decision is a principled one. It’s about holding others accountable for not putting principles into practice. Unifor’s leadership believes strongly that in order to make things better for workers there is a need to advance this issue now in the hopes that there will be a stronger labour movement in Canada.

What is Unifor seeking?

Change is needed to stop the bullying tactics of U.S.-based unions that deny workers in Canada basic and fundamental democratic rights. This decision is rooted in a perspective that unions and the CLC must act as defenders of workers’ rights and remain a relevant voice for workplace and social justice—without that we are not upholding our obligation to members.

The birth of Unifor was an act of hope for the Canadian labour movement and working people more generally. Our union has pushed for workers’ rights and made great gains and we will continue to do this. It is our hope that the action to disaffiliate from the CLC will trigger change to ensure that workers in Canada have their democratic rights respected.

Has Unifor broken solidarity with the labour movement?

Absolutely not. Solidarity is not about paying dues to a central labour body, it is about the work that we do every single day.

Unifor has been adamant about supporting labour councils, community actions, and grassroots organizations. The President of the CLC has now directed labour federations and councils to block Unifor members and activists from participating in their work.

This is an act that seeks to remove our participation and involvement in the movement but our activism will continue. We are dedicated to building a new kind of unionism and will continue to do this with those who want to work with us.

Building a movement is not about relying on the bureaucracy it is about solidarity actions, inclusion, and moving forward for justice.

How was this decision made?

This was a difficult decision and it was not made lightly. Unifor first discussed this issue in 2017 and in light of recent events involving UNITE HERE Local 75, a decision was made by the leadership team to raise the concerns with the members of the National Executive Board, Unifor’s highest governance authority between conventions.

After a thorough discussion the National Executive Board made a unanimous decision to leave the CLC. This decision is one of principled action that is rooted in upholding the values of our union.

If Unifor is not affiliated with the CLC, what does this mean for Unifor’s relationship with the broader labour movement?

Regardless of Unifor’s affiliation with the CLC, we will continue to play an important role in building a vibrant, active and diverse labour movement. Unifor locals are encouraged to play an active role in regional labour councils and provincial and territorial federations of labour.

It is true that the constitutions of various labour central bodies require affiliation to the CLC as a condition of active participation. The CLC itself requires affiliated unions to actively participate in the work of federations and local labour bodies.

However, we know this is not always the case. We also know that these rules are unevenly applied across affiliate unions while some pick and choose where and how to participate in federations or labour councils. Some CLC unions do not pay affiliation fees or have membership in labour bodies, including provincial and territorial federations of labour. Some do not actively participate in their work.

It is important to remember the depth and diversity of the labour movement more generally. Apart from the central coordinating role played by the CLC, our movement is rich in grassroots worker activism and advocacy that is rooted in communities.

Our voices must continue to be heard as we advocate for the needs of working people, including those workers who are not in unions. Our work in support of these community organizations will continue, whole-heartedly, with renewed vigour.

What should Unifor locals do?

First and foremost we must continue to service and represent members to the best of Unifor’s ability and to defend workers’ rights in the workplace and in the community. It is important to maintain open lines of communication to keep members informed about what is happening.

All local executives, stewards and workplace activists are asked to step up their efforts to share information from the national union on this issue so that members are involved and receive proper accurate information.

If I have more questions, who do I ask?

To help facilitate a quick response to members’ questions on this issue, contact Scott Doherty, the Executive Assistant to the Unifor National President via email at @email.