Dias: “We will build a better society for all” 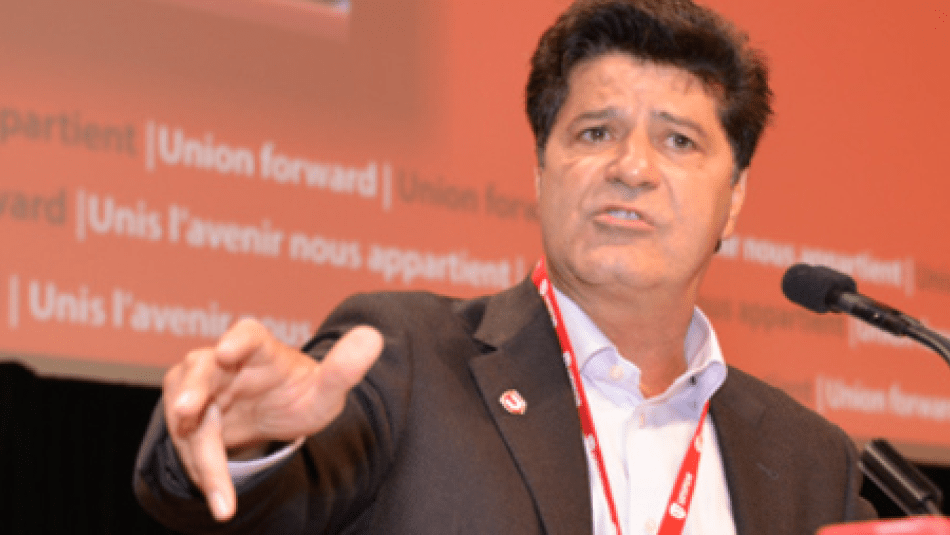 Founding Unifor National President Jerry Dias comes into office promising that Canada’s largest private sector union will be a positive force in this country for rights and needs of all citizens.

Dias was elected the first president of Unifor on August 31.

“I am immensely honoured and humbled to be elected as the founding president of Unifor. I understand the challenge that has been given to me. But I am excited and energized by this responsibility.”

Dias traces his union roots to the de Havilland Aircraft plant (now Bombardier Aerospace) in 1978, signing up as a CAW shop steward shortly after starting work at the plant. Before long, he was plant chair, then local president before becoming a national representative.

Before elected president of Unifor, Dias was assistant to the national president at the CAW, one of the two founding unions of Unifor with the Communications, Energy and Paperworkers Union of Canada.

Dias told the 4,000 delegates, guests and observers to the convention that joining the two unions is about much more than just getting bigger. The idea, he said, was to build a movement that will work on behalf of all Canadians toward a more equitable society.

“We are a social union. We fight for better lives for workers. And in so doing, we will build a better society for all,” Dias said.

The father of four said all parents want to raise their children in the hope that they will have a better life than they did, and Unifor will make sure that is a real possibility again.

“We want a Canada that treats every person with decency, respect, and security. A Canada that values the workers who produce the wealth – rather than devaluing and sacrificing us. A Canada that builds and shares a commonwealth, that lifts standards for all of us.”

That kind of change is possible, Dias said, by working together and with other unions and progressive groups to establish Canada as a country “where young people can experience what it means to have opportunity, and where we treat our parents with the love and dignity they deserve. Where communities and jobs and sustainability trump profit and corporate rights. Where free collective bargaining is finally valued as a democratic human right that cannot be taken away by any government.”

Canadians have the right to expect good jobs with decent working conditions and benefits, as well as a union to fight for them and help ensure that they can provide for their families with a good living stand.

“This is why we are founding a new union today. This is what Unifor is here to do,” Dias said.