For Canada’s autoworkers, CETA has not lived up to its billing 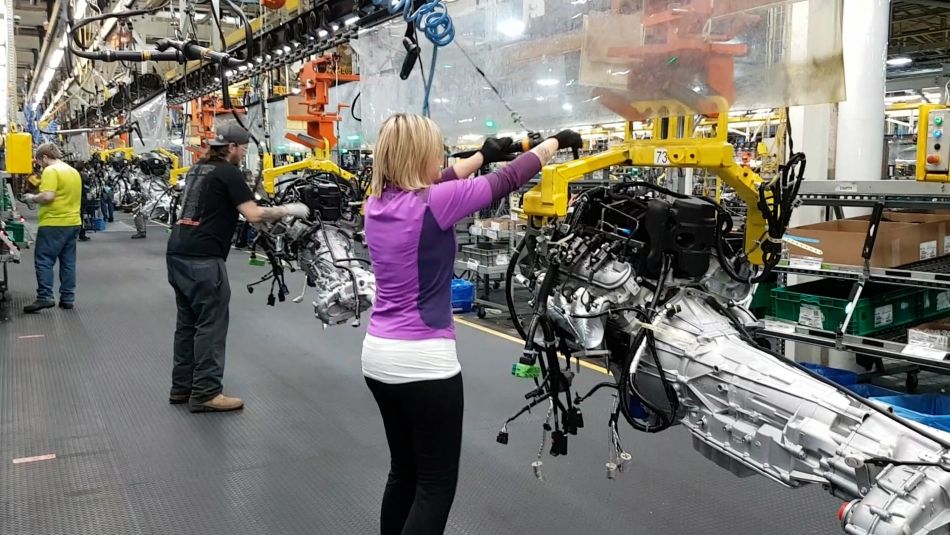 Five years ago, Canada’s free trade pact with Europe came into force. Well, some of it did at least.

Fierce public opposition to the Comprehensive and Economic Trade Agreement (CETA), particularly its proposed special rights for private investors, has stalled its full implementation. Countries like Germany are still wrangling over the interpretation of the agreement’s text and are demanding assurances that the full deal doesn’t inhibit its ability to set public health and climate policy, for instance.

Canada, on the other hand, signed on to the deal without reservation, despite well-stated concerns by Unifor and others civil society organizations. Not only does CETA change how governments procure goods and services (it’s the first trade pact to restrict provincial governments’ ability to ‘Buy-Canadian’), it blew a hole through Canada’s supply-managed industries and presented an ambitious – but entirely unenforceable – labour standards regime.

Stephen Harper’s Conservative government took more than six years to negotiate the deal. Trudeau’s Liberals took another two years to fiddle with it, and it is still only partially implemented. Ratification of the full deal by European nations is now into its fifth year and going. Over the negotiation period, government officials fell into the habit of greatly exaggerating the benefits of CETA, including through unrealistic economic modelling and misrepresentations of fact.

One of the most egregious distortions was that Canadian vehicle exports to the EU would climb from a dismal 13,000 units per year to 100,000. Despite carefully worded agreement summaries, many media outlets and analysts misinterpreted this as a foregone conclusion and presented the deal as a jackpot for autoworkers. One headline billed CETA as a deal that could “change the industry”. In fact, none of this was true and proponents of the deal hardly bothered to correct the record.

What actually transpired was that trade negotiators secured a special provision wherein Europe would allow up to 100,000 new and used vehicle imports from Canada that otherwise would not meet the criteria for a “Canadian-made” car. Under standard CETA rules, a vehicle must contain at least 45-50% regional content (i.e. Canada-EU content) to qualify for tariff-free treatment. Thanks largely to the North American Free Trade Agreement (NAFTA) and the resultant rising dependence on low-cost US and Mexican-sourced parts, there is not a lot of Canadian content in Canadian cars. Unfortunately, this reality means few of Canada’s cars would qualify for any tariff preference.

The allowable vehicle limit under this special provision further expanded after Canada struck a deal with the United Kingdom for a CETA-style agreement in 2020 following ‘Brexit’. The U.K. deal provided 60,000 allowable units under these looser rules of origin. In total, now, up to 160,000 cars could qualify for tariff-free treatment to Europe with these new rules.

What has any of this special treatment actually done for Canada’s car industry? Not a heck of a lot. 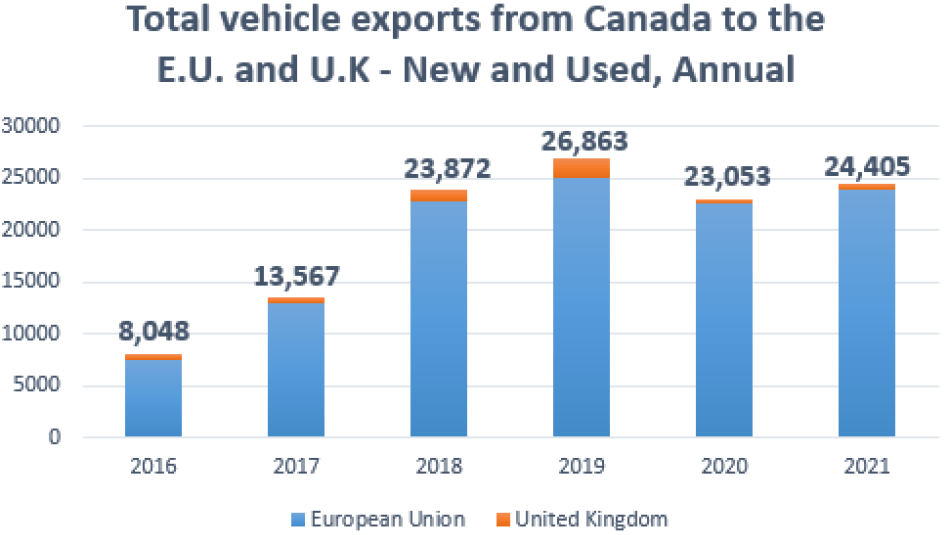 Canada is selling nowhere near 100,000 cars to Europe despite what CETA cheerleaders claimed. Some of that tapering is due to COVID-19 and the ensuing supply chain shortages, but not the entire shortfall. Canadian auto exports to Europe still represent less than 1% of total sector exports.

As the auto sector pivots toward electrification and domestic manufacturers position themselves as lead adopters, there is an opportunity to consider new, strategic export-led growth. Whether that happens because of special CETA provisions, or in spite of them, is still unclear.

What we know for certain is that, five years in, CETA has not lived up to its billing.