Canada must retaliate against the US over aluminum tariffs 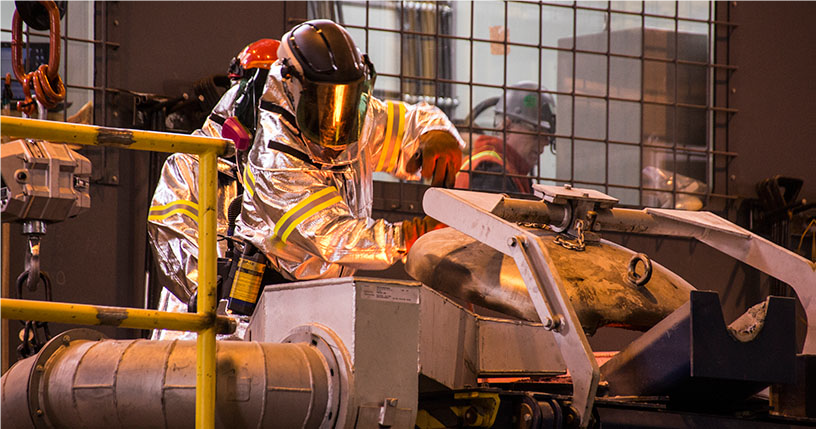 Against any semblance of good judgement, the United States is on the verge of yet another trade war with Canada by slapping a new round of tariffs on Canadian aluminum.

Sadly, this is the culmination of the current US administration’s stubborn refusal to understand just how important Canadian aluminum is to the US and its willingness to sacrifice jobs in both countries on behalf of special interests.

For decades now, Canadians and Americans have benefitted from a highly integrated aluminum supply chain. Free-flowing aluminum trade has poured billions into our countries’ respective coffers.

Over the past 30 years, this booming trade has become even more important for American manufacturing as aluminum smelting capacity in the United States has gradually declined and Canadian exports have stepped in to fill in the gap.

Today, Canada’s primary aluminum exports are a major input in U.S. production. Two-way trade in aluminum adds up to around $14.5 billion annually and sustains tens of thousands of jobs in both countries.

Unfortunately, those jobs are currently under attack by a small group of US industry insiders.

At the end of May, the American Primary Aluminum Association (APAA) wrote to U.S. Trade Ambassador Robert Lighthizer, calling on the U.S. federal government to reimpose Section 232 national security tariffs on Canadian primary aluminum. The APAA argued that a ‘surge’ in Canadian imports was endangering the future of the U.S. industry.

However, the APAA knows that aluminum smelters can’t switch their production off at a moment’s notice. With the North American automotive industry having shut down, Canadian manufacturers have pivoted to less expensive primary aluminum exports for the time being.

Why then is Canadian aluminum still being targeted? The answer is deceptively simple: profit.

Founded in 2018, the APAA represents two small producers: Century Aluminum and Magnitude 7.  Behind them stands Glencore, a global commodity trading behemoth, headquartered in Switzerland, which holds a 47% ownership stake in Century Aluminum. Magnitude 7 is a private firm, owned by a former Glencore executive.

Glencore is a multinational mining conglomerate with operations in Sudbury, Ontario, where it has mined nickel-copper ore since 1929. Although Glencore does not manufacture aluminum itself, it is a major player in global aluminum trading and arbitrage and recently struck a deal with Russian aluminum producer Rusal to purchase up to $16.3 billion in aluminum.

The name of the aluminum arbitrage game is simple: buy low, sell high. By procuring cheap offshore aluminum and selling it at inflated prices, Glencore’s trading arm and its affiliates stand to make a killing if regional prices in North America go up.

Re-imposing tariffs presents an obvious strategy to achieve this end. By starving U.S. businesses of a reliable supply of aluminum from Canada, aluminum prices will inevitably increase.

Traders and producers in the U.S. who are sitting on stockpiles of the stuff will profit from the fall-out, as will offshore suppliers of cheap aluminum in Russia and China who have been granted billions of dollars in tariff exemptions.

Unfortunately, the U.S. administration has decided to retread this misguided path, conned into fattening the paycheques of Swiss commodity traders.

This means that Canada has no choice but to retaliate. The May 2019 agreement between the U.S. and Canada that ended the previous round of tariffs stipulates that import surges must be determined through a mutually agreed-upon mechanism.

To put it bluntly, the flights of fantasy of the APAA do not constitute a mutually agreed-upon mechanism. That means it’s open season for cross-border retaliation.

And retaliate we must.