Colin James, President Unifor Local 222, he is an activist and mentor.  Colin was born in Birmingham, England and immigrated to Canada at the age of 13. His parents worked hard to provide for their family and instilled helping and bringing others up without allowing them to bring you down. Martial arts was his passion through his teen years and taught him discipline, determination and respect. 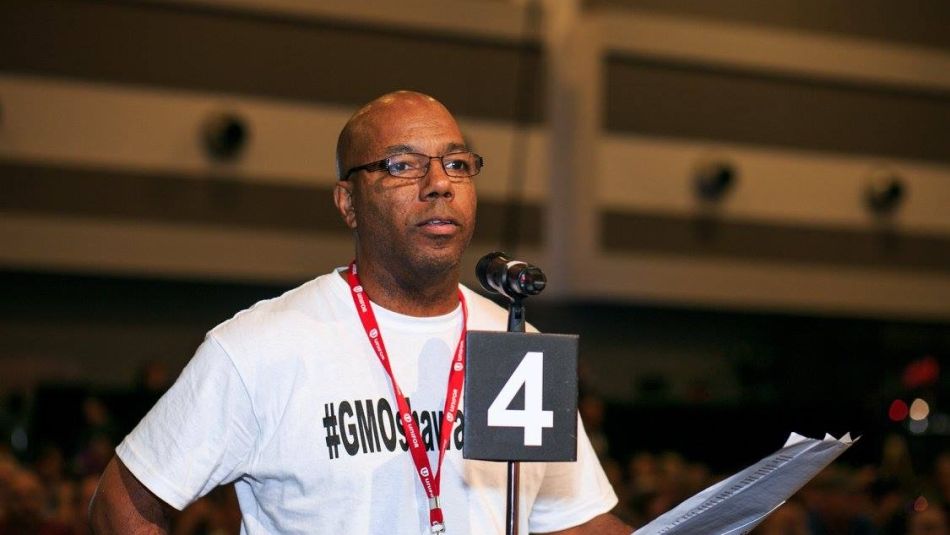 Colin remained in these positions until 2016, when he decided to run for President of the Local and was elected. Colin became the first worker of colour to become President at Local 222 in 2016, and was recently acclaimed for another term as President. Colin remains active in the community and always finds the time to help others. 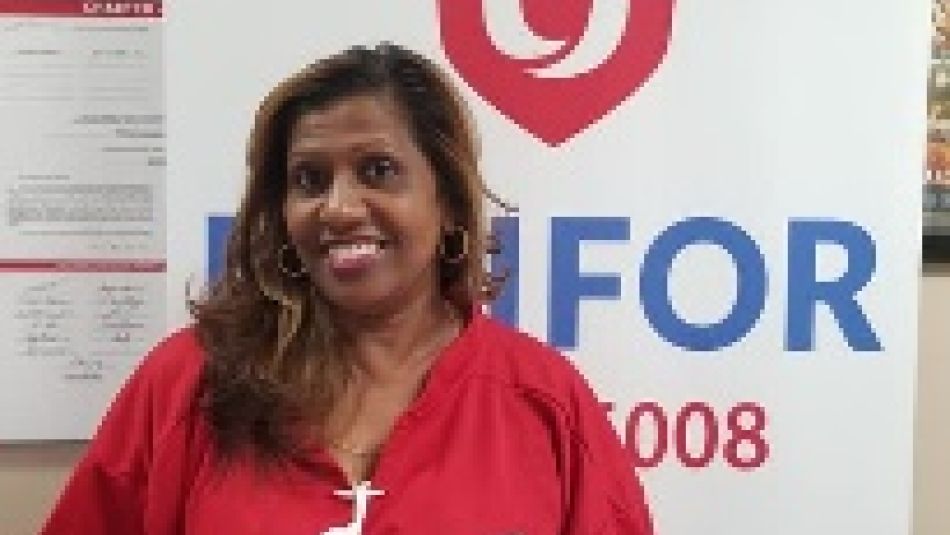 Doreen Bassaragh is a proud activist, and an actively involved Unifor Local 6008 Member.  She has participated in many strike actions, picket lines, and rallies. Doreen has also lobbied the government around issues including but not limited to $15 Fairness, National Drug Plan, Child Care, Climate Change.  At the local Doreen is an active member on the Women's Committee, and Chair of the Aboriginal & Workers of Colour Committee. She is the elected Women’s Advocate and also a union Steward.  Doreen believes in mentoring and educating young people on union activism and will continue to fight corporate greed at future days of action. 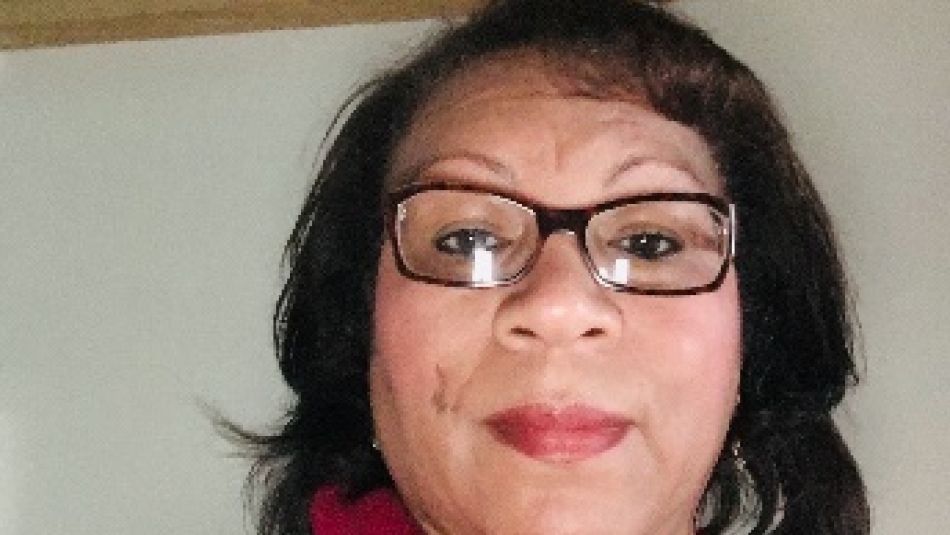 Angela Downey is a proud activist and member of Unifor Local 4606. Angela lives in Lucasville Nova Scotia. She was one of three women who brought the union to her workplace. Angela stands behind her union fully as she believes the union has done a lot for her and all membership since they became unionized. Angela is actively involved in many committees in her local including, but not limited to the Women’s, Education, Human Rights committees and the Aboriginal & Workers of Colour Committee. In Angela's own words she describes the meaning of her union, “through the education and strength of my union family I was able to find my voice, and was able to be a part of my community association and help within my community.”

Angela was receiving push back and felt her Lucasville Nova Scotia community was shrinking.  But through her learned skills in the union and her loving heart, she fought back with her community to re-establish the boundaries and made Lucasville a heritage site.

As a healthcare worker she brought education to the community by having a health fair open to all community members.  The sessions include information on men’s health, high blood pressure and Alzheimer’s. Angela is proud to being apart of Unifor and knowing that she can call on any of the Unifor members and amazing things always happen. 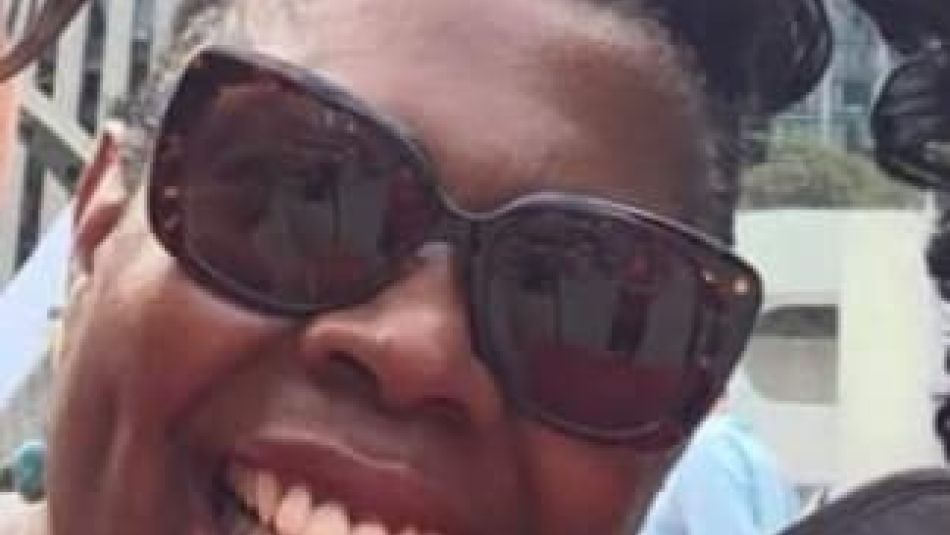 Dana Anne James is a fierce activist at Unifor Local 6006. She always speaks up for others and is deeply involved in her union.  Dana is Chief Steward and Chair of the Human Rights Committee at Local 6006. She is active within her community volunteering for various advocacy groups. Dana serves as a Labour Councillor and is on the Board of Directors for Social Planning Toronto. 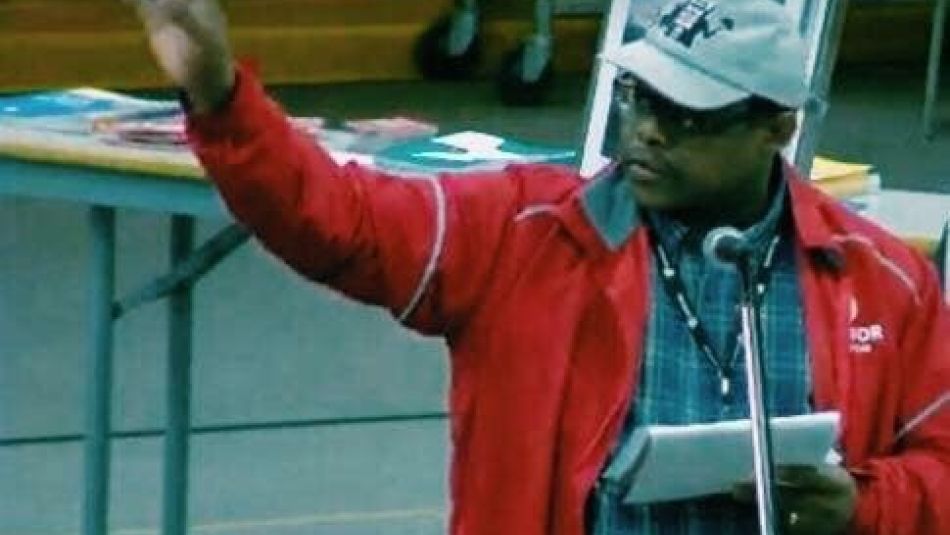 Tshweu Moleme was born under Apartheid South Africa, where much of his activism originated. Tshweu is a union Representative at Local 1090 – AWOC, Casino Rama. Apart from his trade unionism, his activism has also touched various areas, such as decolonization, anti-racism education and Afrocentric approaches. He can be found at the grassroots, as a strong advocate for a better, fairer world for all.

When Tshweu is not working, representing members or volunteering Tshweu can be found spending time with his wife Sarah and two sons Mookodi and Thuto. 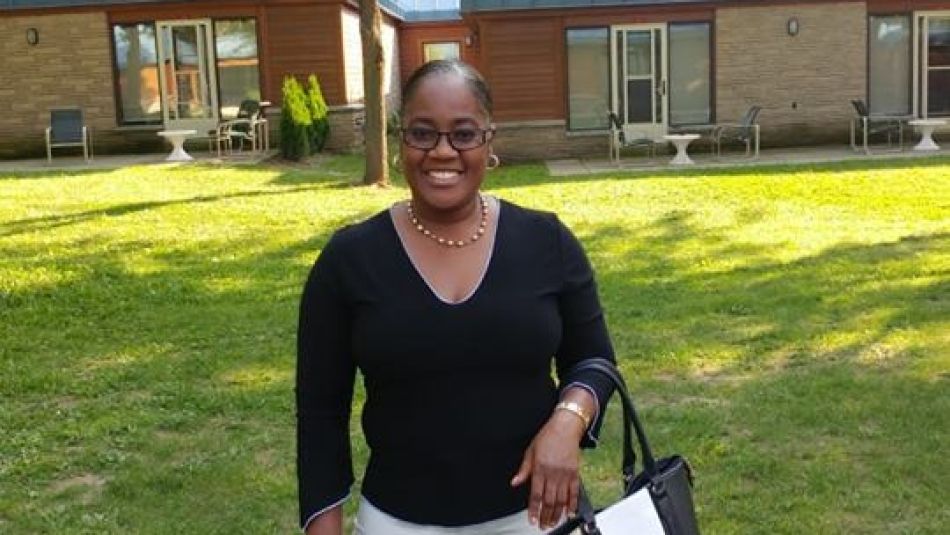 Hortense Fletcher is a Production Associate at Cambridge Coatings. She along with a team oversees the daily operation of the E-coat Line. Hortense is also an active member of the union, where she is the union representative. Before this role, Hortense was an Early Childhood Educator in the Bahamas. In her spare time she enjoys reading and spending time with her family. 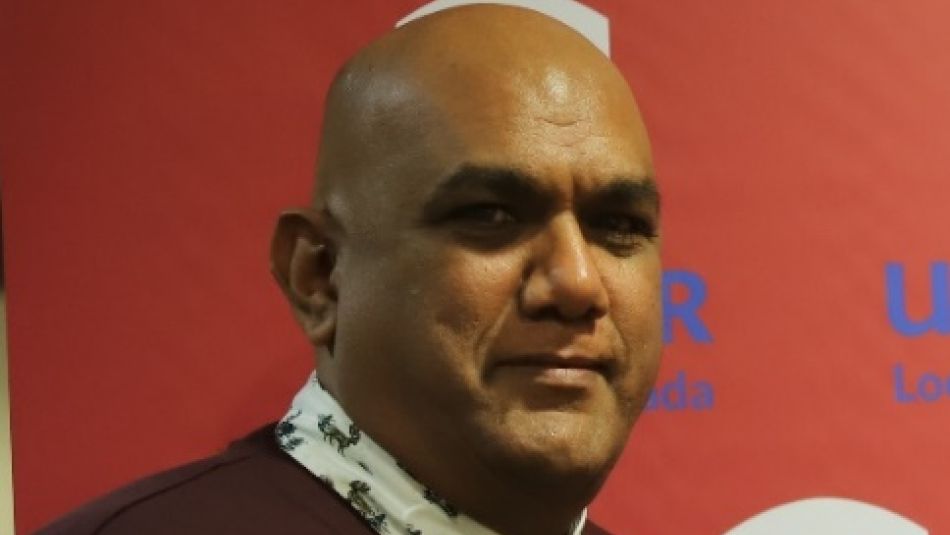 Dwayne Gunness is a member of Unifor Local 40. Dwayne has been a long-standing member of the former CAW now Unifor. He Currently is the Vice President at Unifor Local 40.  He is servicing units within the local Retail, Language School, and the Not for Profit Sector. At the Local Dwayne is responsible for EI and sits on as a member of Unifor EI/CPP Committee. Dwayne is also a Trustee on Unifor Retail Wholesale Council.

Many are unaware that Dwayne is one of the main reasons Unifor has a section in the Caribana parade.  Celebrating diversity and being an active member of the Aboriginal and Workers of Colour Toronto Caucus and committees has always been a commitment of Dwayne's. 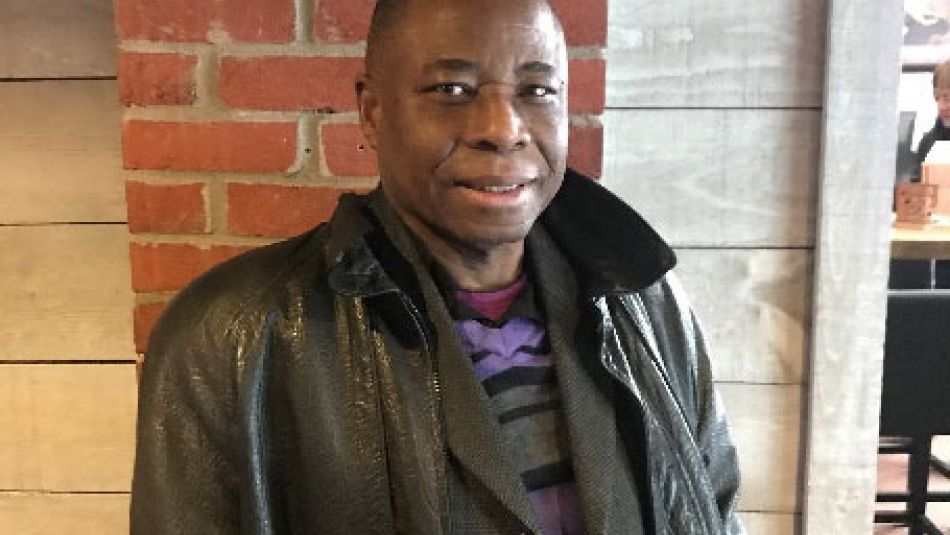 Melrose Cornwall is a proud Unifor Local 112 activist and member.  Melrose was Born in Antigua West Indies, and he moved to Canada in November of 1979 as a Licensed welder.  He has been employed at Toromont formally known as "Crothers" since 1987. Melrose is actively involved in the union. He was first elected as Shop Steward in 1996, and on the bargaining committee in 1999, serving two terms as Committee person. Melrose was acclaimed as Unit Chair in 2005 and served in that capacity until he resigned as Chairperson in 2017.  He was also elected skilled trades Rep for his unit in 2009 and has been a delegate to the National Skilled Trades Council ever since.

Melrose serves on many committees within Local 112 which includes Human Rights, Substance Abuse, Picnic, and the Aboriginal & Workers of Colour Caucus. Melrose has been a Delegate to the CLC, OFL and Unifor Regional Council.

Melrose takes pride in being a delegate to the National Skilled Trades Council and the fact that he has passed all welding tests from 1982 which includes ASME Pressure Vessels, and CWB all.

Melrose uses his favourite quote, “Everyday may not be good, but there's something good in every day" as his daily outlook at work and in his community. 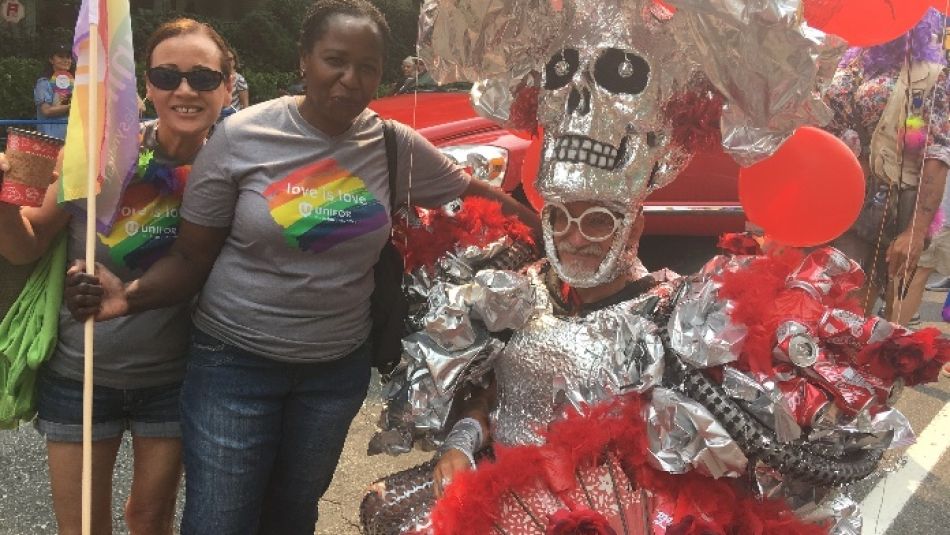 Margaret Olal is a proud activist and member of Unifor Local 3000. Sister Margaret Olal was instrumental in organizing our union into our workplace 22 years ago. Margaret's commitment to her Local and national union has never wavered. Whether it was representing the membership in her workplace at every round of bargaining or becoming Chief Steward, Margaret has always been committed to building Unifor.

Margaret volunteers her free time to assist the Local and national union whenever she is called upon. She has helped in the Provincial and Federal elections and provided support to volunteers who are new to the campaign process. Margaret is also a member of the Standing Committee for the Aboriginal and Workers of Colour as well as a member of the Equity Advisory Panel. But no matter what Margaret is doing she is never too busy to help the membership, be it in her workplace, on the picket line or members from other workplaces. 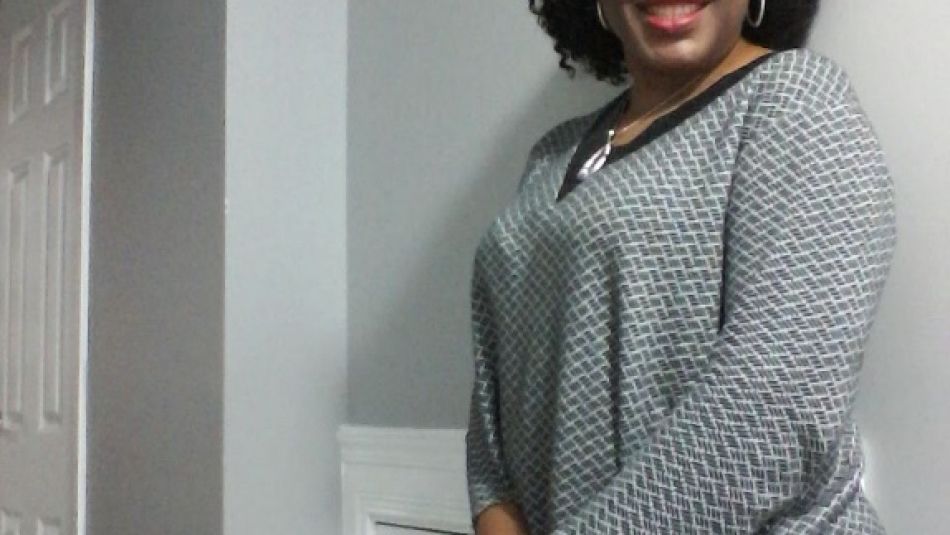 Chika Agbassi is a proud determined activist and member of  Unifor Local 5555. Chika is exceptionally passionate about community development through leadership.  In the summer of 2018, Chika noticed the call for the AWOC conference in her Local’s newsletter and decided she wanted to attend.  Barely six months later, Chika has participated at the two weeks AWOC PEL program and has successfully launched Local 5555’s AWOC committee.    Chika also recently ran for and was elected as Trustee on the Executive Board as well as to her Unit Workplace Committee, starting her term January 1, 2019.

Chika hopes to see many more AWOC faces in leadership within the union and the community at large because she firmly believes in the saying, ‘a chain is only as strong as its weakest link’.