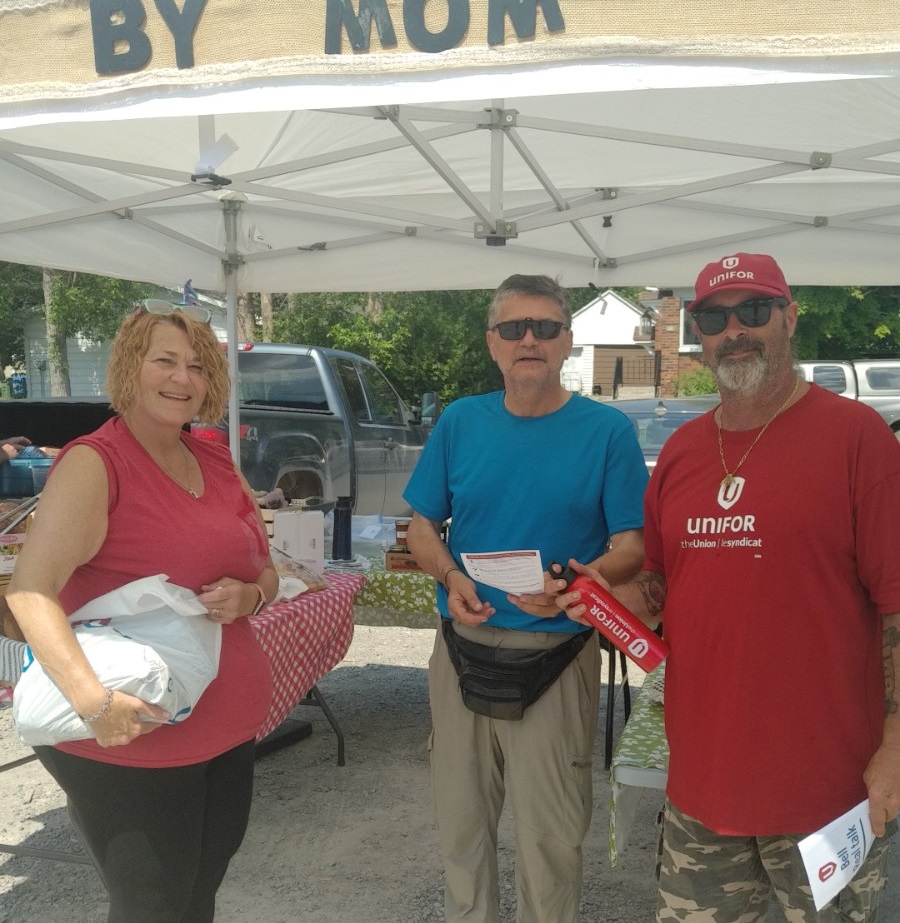 When a new telecommunications project is announced in your hometown, it should be good news for workers.

Bell’s Wireless to the Home rural internet service has been completely outsourced, meaning that Unifor member’s jobs are put at risk while their work is given to unaccountable, poorly paid contractors.

Members of Unifor Locals 29-X, 31, and 41 attended farmers’ market events on July 5 and 6, to speak with community members about this wrong.

Making hundreds of connections in Fenelon Falls and Owen Sound, members set the record straight, and began to build community support behind Unifor’s call to reverse the outsourcing, and protect the future of good jobs in telecommunications.

“Bell is also out in these communities promoting the new service but leaving out a huge piece of information. That’s the fact that every single installation is being done by a contractor instead of a Unifor member,” said Jerry Dias, Unifor National President.

Jobs in the telecommunications sector, and at Bell Canada, should be good jobs that adapt and grow with new technology.

Instead of including unionized technicians, Bell hid this project from employees during the last round of contract negotiations.

Add your voice to the growing call to tell Bell to stop the outsourcing and send Wireless to the Home back to unionized technicians.

Leafletting events will continue across the province to share the real story of Bell Canada, and how the company chose to toss employees aside in the name of profit.