Aviation sector gets boost, but needs more to really soar 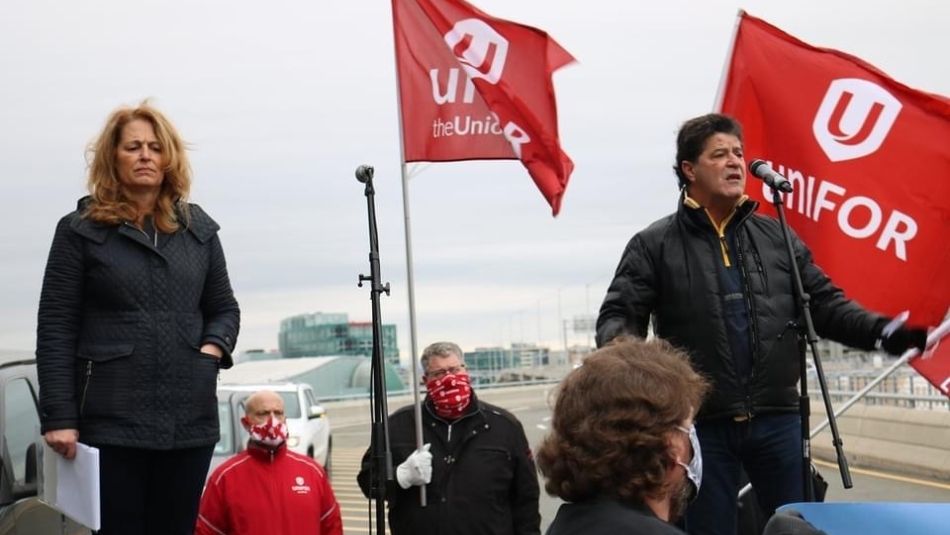 Canada’s airline industry has finally seen some government support over the past few months, but will still need much more attention to get it ready to soar after COVID-19.

“The airline industry has been hit hard enough,” said Jerry Dias, Unifor National President. “We need a road map to recovery now more than ever, complete with a comprehensive plan for re-opening Canada’s borders, and a plan to ensure good jobs and social sustainability for the industry’s workers.”

Unifor has been calling on government to implement a National Recovery Plan for the air transportation industry for months, including financial support, a plan to open borders and a focus on ending precarious work and promoting the public good going forward.

The government finally responded in the months leading up to the budget with $6.95 billion in loans to Canada’s airlines through its Large Employer Emergency Financing Facility (LEEFF) program. The program provides short-term assistance in the form of interest-bearing term loans to large Canadian employers who have been affected by the COVID-19 outbreak. Industry employers have also received support through the Canada Emergency Wage Subsidy (CEWS).

As part of that $6.95 billion investment, federal government reached a financial support agreement with Air Canada in March that it would provide the airline with $5.9 billion provided Air Canada agree to refund customers who had their flights cancelled because of the pandemic. They also agreed to restore flights to 17 regional airports.  The government provided $700 million to Air Transat, $375 million to Sunwing, and an undisclosed amount to Flair Airlines.

Other small investments include a commitment to keep air traffic control towers open. They have also provided funding to maintain essential air services northern communities. The LEEFF program included some important conditions which Unifor has been vocally calling for all year including no share buy backs, restrictions on dividends and executive compensation and commitment to respect collective agreements.

The federal budget last month tentatively addressed a long-standing ask to end contract-flipping, but it doesn’t require employees working for the previous contractor to be hired by the new contractor, nor does it include all airport workers.

Prior to the pandemic, Unifor had approximately 16,500 members working in the air transportation sector, including pilots, air traffic controllers, customer service reps, engineers, flight attendants, aircraft mechanics among others.

COVID-19 has put the airline industry in a tailspin.

Large Canadian airlines carried less than 800,000 people in January – a 90% drop in passengers compared to the same time in 2020. In January this year 45% of Unifor’s members in the airline sector were either laid-off, furloughed or had their employment severed.

Unifor said NAV Canada needs to commit to end the layoffs and train more controllers and air traffic specialists. The government needs to improve regulations to end contract flipping at airports.  Workers need stronger employment standards, health care benefits and access to pension plans.  Airports need a plan and funding to bring back workers from layoff. It is far more complex to bring airport workers back on the job as skills maintenance and lengthy security clearances do not permit a swift return.

“So far, some of our demands have been met – including the $7 billion investment in airlines, but it is not nearly enough to meet the devastation in the industry,” said Dias.

In comparison, the U.S. government has provided more than $50 billion in support to help its airline industry and EU Member Nations have provided $31.5 billion, as of October 2020.

The Biden administration has made several statements about the importance of travel and transportation to the national economy, and the need to make infrastructure spending a priority.  He has pledged to renew airports as part of their American Jobs Plan creating good union jobs.  In Canada, airports have only been provided the ability to defer rent payments until 2024 when they will have to begin repaying the rent owed from the previous four years.

The union said it’s aware that corporations will try to use this as an opportunity to further deregulate the industry and reset employment relationships through concessionary bargaining. Its members in aviation have been down this road before and Unifor said they will not stand idly by and let it happen again.

“You can’t have a build back better nation without a strong airline industry,” said Dias. “If you don’t have that, you’re in deep trouble.”