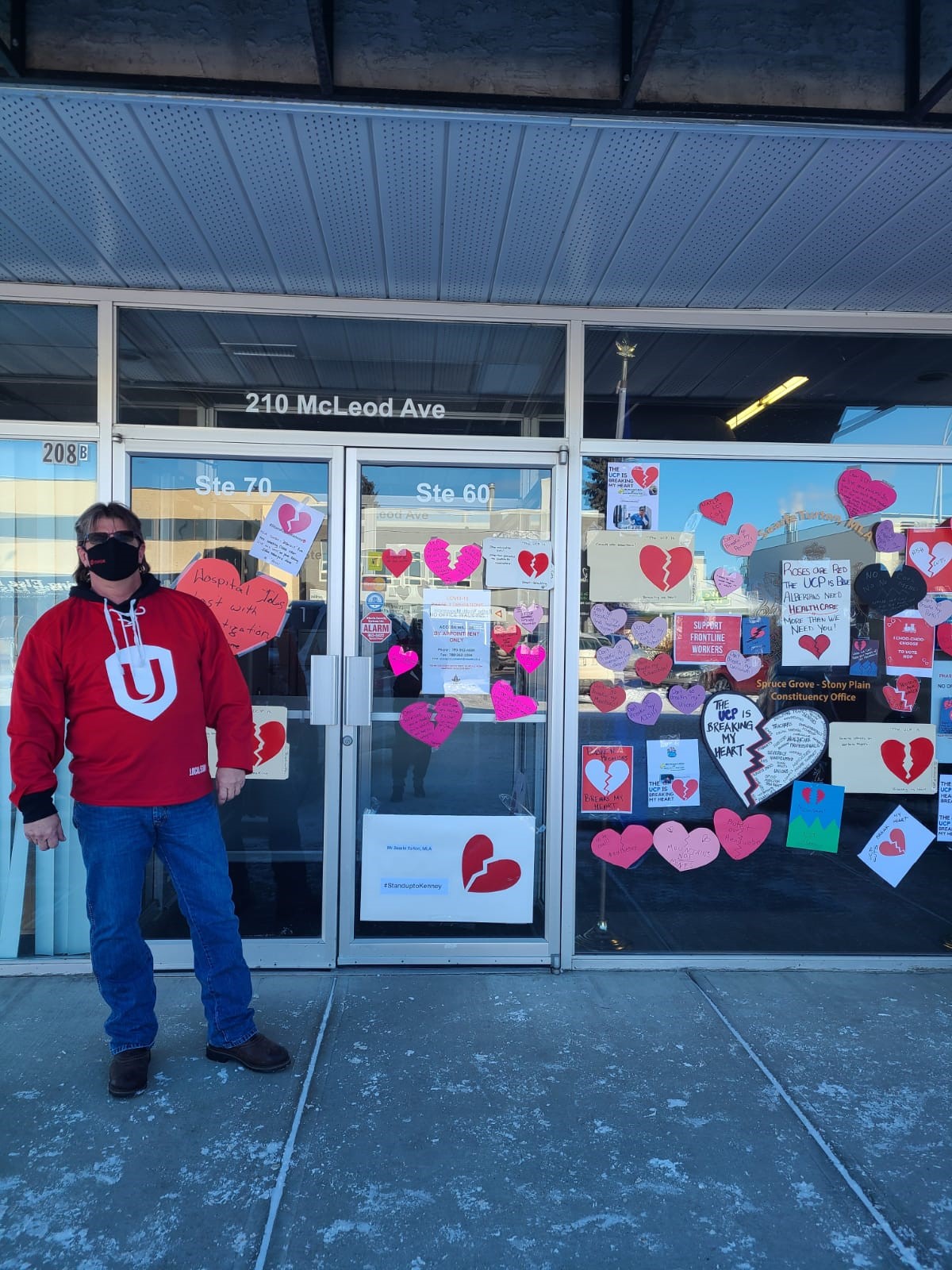 “Premier Kenney and his UCP keep making economy-destroying cuts and escalating attacks on workers’ rights, all while Albertans are struggling to withstand the financial fallout of COVID-19,” said Unifor National President Jerry Dias.

“The message to Alberta MLAs is that not only are they breaking workers’ hearts, they’re breaking the economy.”

Protesters took to social media holding signs outlining the heart-breaking actions taken by Kenney and his government and pledging to fight on. A message shared on social media with the hashtag #StandUpToKenney. View the Unifor Facebook photo gallery here.

Workers expressed opposition to ongoing government cuts that undermine vital public services, including health care and education, and measures to strip workers’ power under the Labour Code by restricting provincial arbitrators’ power and increasing the power of the Conservative government-appointed Labour Board.

“Jason Kenney is determined to Americanize our labour laws in favour of his big business buddies,” said Unifor Western Regional Director Gavin  McGarrigle. “UCP policies will force a race to the bottom for workers with job loss and pay cuts at the worst possible time.”

The weekend protest actions took place ahead of the upcoming provincial spring budget to let MLAs know that workers are united and ready to defend their rights and critical government services.

For more information or to sign up to join the Stand Up To Kenney campaign click here.