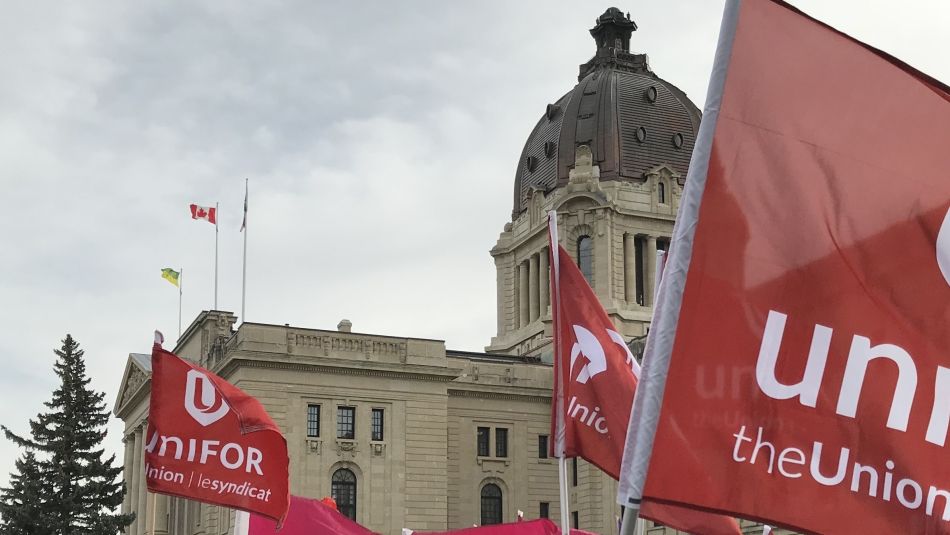 REGINA—Negotiators for Unifor, including National President Jerry Dias, will be making an announcement regarding the ongoing bargaining with seven Crown corporations in Saskatchewan.

“Saskatchewan Crown utilities and services are the envy of other provinces,” said Jerry Dias, Unifor National President. “The hard-working men and women that deliver high-quality public services have earned a fair contract.”

Nearly 5,000 workers from SaskTel, SaskPower, SaskEnergy, SaskWater, the Water Security Agency, SecurTek, and DirectWest are in a legal strike position.

For those who cannot attend in person, the news conference will be streamed live on Unifor Canada’s Facebook page: Facebook.com/uniforcanada

If a collective agreement cannot be bargained next week, job action at SaskTel is set to begin at 12:01 a.m. on September 30.