Education workers are the backbone of Ontario’s public education system.

In response, Premier Ford’s Education Minister Stephen Lecce invoked the Notwithstanding Clause and introduced back-to-work legislation to prohibit a strike and impose a contract on the 55,000 workers and still refuses to bargain. No government in Canada has ever taken this egregious action before.

The use of the Notwithstanding Clause to pass Back-to-Work legislation is an attack on all workers in Ontario. If he gets away with it, all other workers will face the same threat: contracts imposed by law instead of free collective bargaining.

CUPE education workers will defy this threat, and plan to picket on Friday November 4. Friday November 4: Show up at a Picket Line

Education workers are the backbone of Ontario’s public education system and we’re fighting for a good deal to ensure high-quality education and services for kids.

Whether you’re an education worker or an ally, come out to a picket line to send the Ford Conservatives a message and to secure a real deal.

In Toronto, picket lines will be set up at Queen's Park from 8am-5pm. Additional picket locations are scheduled in communities across the province! 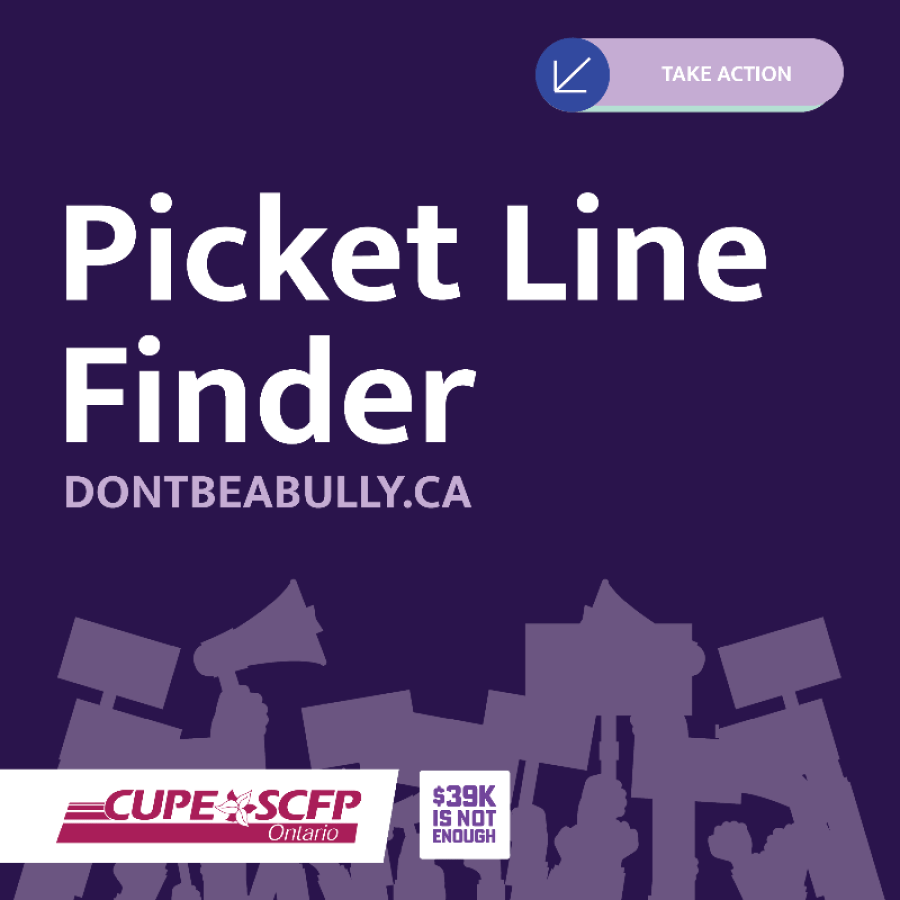 Input your postal code to find the nearest picket line.

Download and print this poster to bring to the picket line!

Wear your purple shirts on Saturday, November 5, 2022 to show your solidarity with striking education workers! Post your photos online or share with us at @email.

Tag @CUPEOntario in your content to show the Ford Conservatives that support is growing and far reaching! 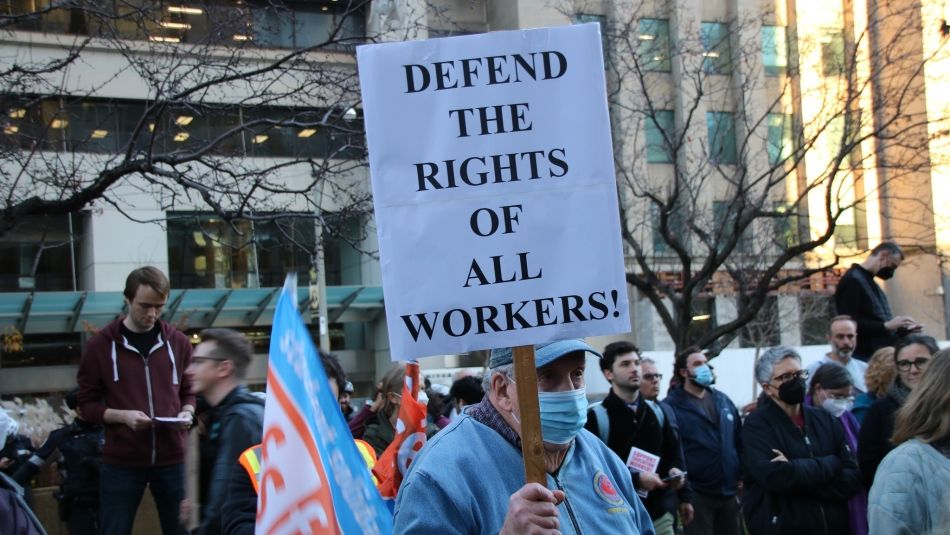 Protect the Right to Strike

In Canada, workers have a Charter-protected right to engage in free and fair collective bargaining, and to withdraw our labour through a strike. The Supreme Court of Canada has repeatedly upheld these collective rights, and here’s why; 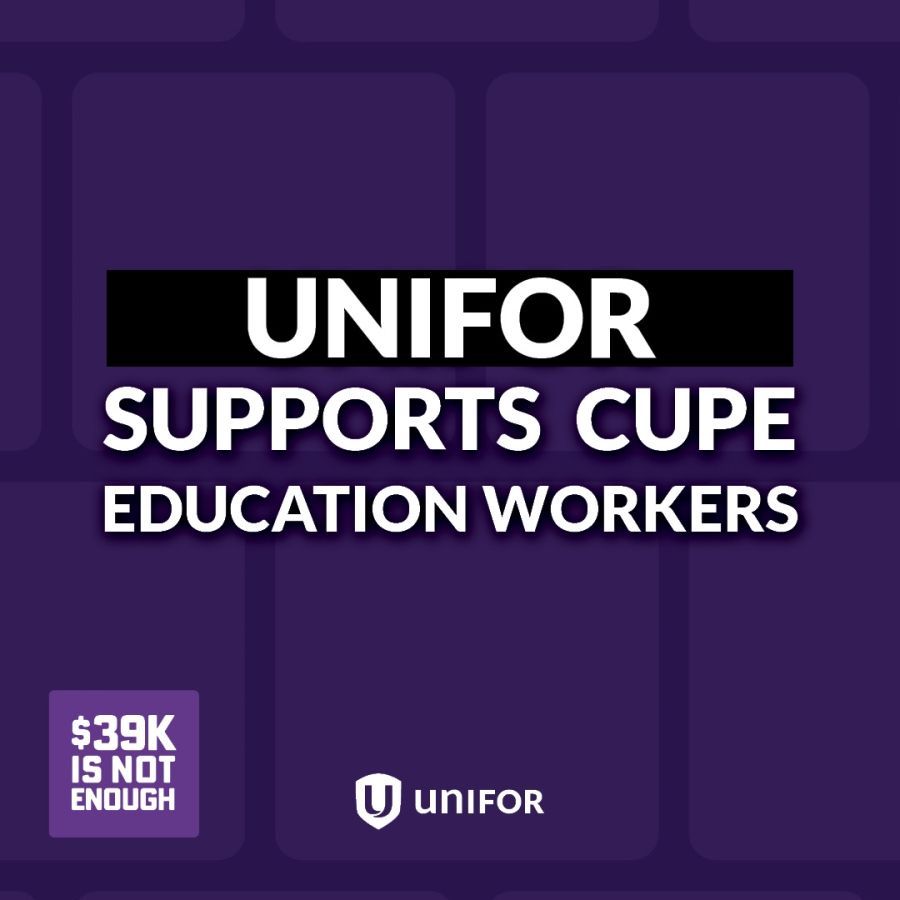 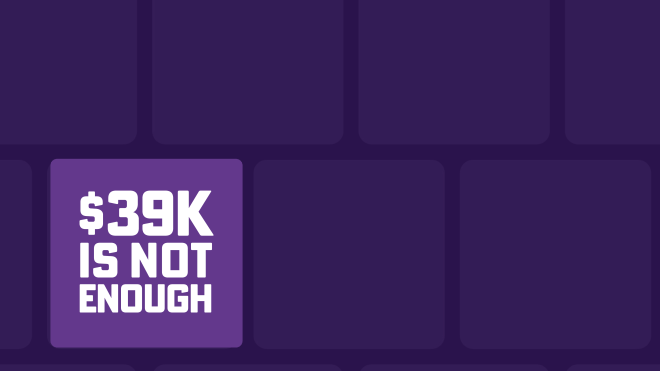 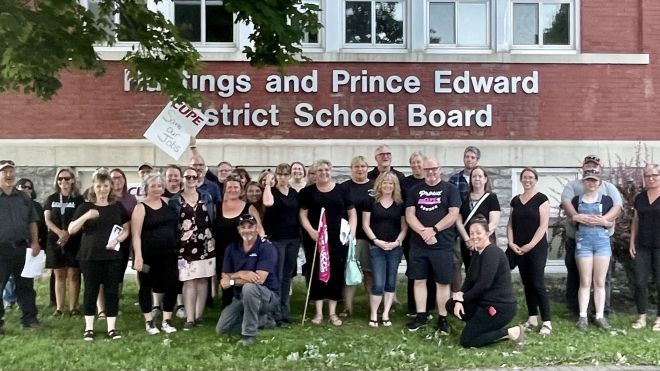