Unifor Atlantic Communication Locals, which represents locals 506, 401, 410 and 2289 want the employer to know that outsourcing must end.

Bell Aliant workers across Atlantic Canada have voted 85 per cent to ratify a new collective agreement that was achieved after months of challenging bargaining.

“Our bargaining committee is grateful for the support and solidarity of all the hard working members who made this agreement possible,” said Bobby MacDonald, Chair of Unifor ACL which represents locals 506, 401, 410, and 2289.

After eight tough bargaining sessions with an employer that was seeking major concessions, a collective agreement was reached that protects pensions and improves wages for the women and men who proudly built Bell’s first fibre optic network in Canada.

The new contract reinforces job security with new language and brings 36 positions into the bargaining unit as unionized members. Other provisions ensure there is no consolidation of Bell Aliant contact centres and reduced use of contractors. Improvements also enhance mental health initiatives, fair and reasonable performance measurements for all members, along with paid domestic violence leave.

Unifor ACL members demonstrated solidarity throughout negotiations by wearing Unifor red at work and by posting photos and videos on social media.

“Our members have set a great precedent for other Unifor locals to follow when it comes to sending a powerful message to an employer,” said Roch Leblanc, National Representative. “They really demonstrated their deep resolve and solidarity in seeking a fair agreement.” 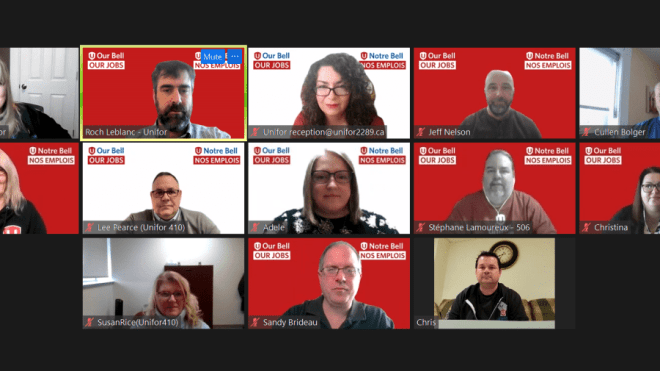